Governor Appoints Student to Kent State Board of Trustees

Alex Evans of Hubbard, Ohio, has been appointed by Gov. John Kasich to serve as a student member of the Kent State University Board of Trustees 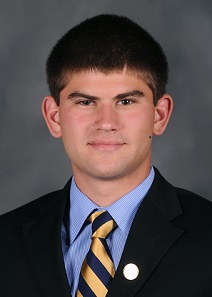 Alex Evans of Hubbard, Ohio, has been appointed by Gov. John Kasich to serve as a student member of the Kent State University Board of Trustees. His term began on Aug. 13, 2012, and ends May 26, 2014.

Kent State’s Board consists of 12 members, nine of whom are voting members, who are appointed by the governor of the state of Ohio, with the advice and consent of the state senate. Evans joins Chelsea Knowles, a Kent State graduate student who is studying to receive her Master of Public Administration, as the two student trustees – one graduate and one undergraduate – appointed to the board for two-year terms of office.

Evans personifies excellence both in the classroom and as a student leader. He is a junior honors student with a triple major in biology/premed, business management and public health, and his current GPA is 3.69. He is a member of the Golden Key International Honor Society, the Sigma Alpha Pi National Society of Leadership and Success, and the Kent State College of Business Beta Gamma Sigma International Honor Society. Evans received a Choose Ohio First Scholarship, under the university’s “Integrated Science Training for Northeast Ohio’s Future Biomedical and Biotechnology Workforce.”

His leadership activities include serving as campus chapter president for Habitat for Humanity, mentor and member of the Provost’s Leadership Academy, student representative of the College Policy Council and participation chair and treasurer of the Kent State Student Ambassadors. He also serves as a peer mentor, tutoring 12 students per week in chemistry and business courses.