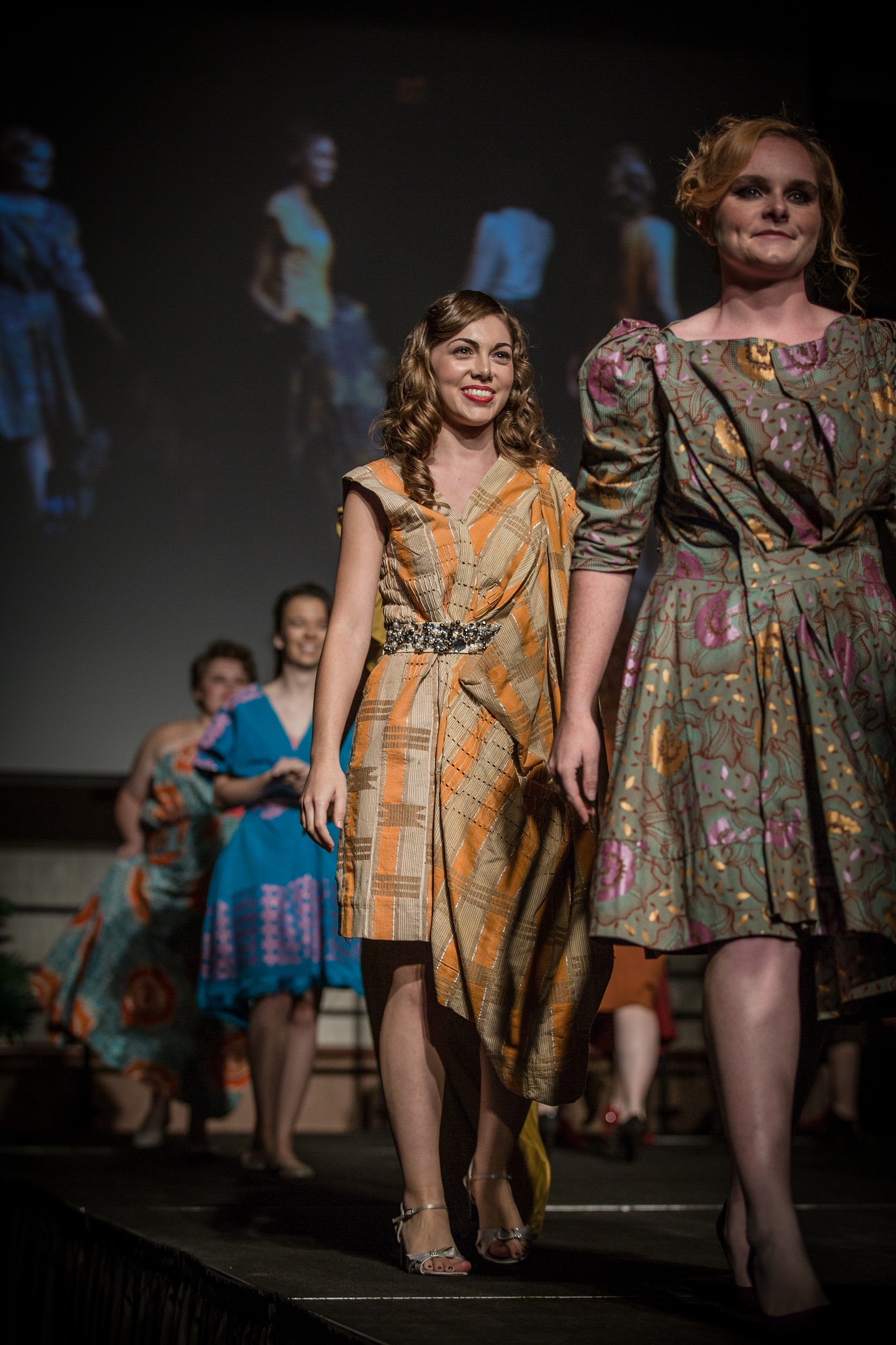 A project that began as part of a public relations course in Kent State University’s School of Journalism and Mass Communication is now coming to fruition and raising awareness about human trafficking.

Mackenzie Lunde, a senior fashion merchandising major and public relations minor, first created an event proposal for the UNCHAINED fashion show as part of her fall 2015 Public Relations Tactics course. UNCHAINED is a Columbus, Ohio-based company that uses fashion to bring awareness to human trafficking, one of the world’s fastest-growing illegal enterprises.

Since the beginning of the 2016 Spring Semester, Lunde has been carrying out the event proposal she first drafted for class. UNCHAINED fashion show will be presented at 8 p.m. on April 4 in the Kent Student Center Ballroom, in partnership with A Magazine, Kent State’s student-run fashion magazine. The show is free and open to the public.

Though she did not initially have plans to carry out her proposal, after becoming promotions director for A Magazine and developing a passion for the cause, Lunde decided to see it through.

“My PR class could not have prepared me more for what this event planning would entail,” Lunde said. “I was prepared to think of every detail that goes into planning an event, as well as being prepared for every detail that could go wrong. I learned how to thoroughly plan each step and communicate with my client professionally.”

Her instructor for the course, Michele Ewing, APR, associate professor, says she encourages students to apply course concepts to actual communication challenges in all assignments. Lunde’s 18-page proposal for class did just that: She detailed key objectives and publics, strategy and messages, a complete event execution and work plan, budget, potential partnerships and more. The result? Valuable practical experience that prepared her to put her plan into action.

“For the special event assignment, Mackenzie combined her passionate interest in fashion industry and the fight against human trafficking,” Ewing said. “I’m so impressed with Mackenzie’s efforts to transform a class project into an actual event for such an important cause. It’s inspiring.”

“This project will have a huge impact in helping me reach my career goals,” she said. “This event will prove that I can not only create a plan, but actually execute it as well. This has been an amazing learning experience, as well as the perfect real-world experience, to give me a competitive edge.”

UNCHAINED is a Columbus-based 501c3 non-profit organization dedicated to end human trafficking through education and awareness. UNCHAINED was co-founded by Stephanie Catani and Felicia Kalan and currently has a staff of five part-time employees, four board members and relies on hundreds of student and community volunteers that serve as models, makeup artists, hair stylists, photographers, graphic artists, designers and many others.

UNCHAINED fashion show tells the story of a human trafficking survivor through garments designed by Season 5 “Project Runway” designer Korto Momolu, as well as through music and narration. The show was performed at Kent State University at Stark in September 2015.