Two professors from Kent State University’s College of Education, Health and Human Services returned from a trip to the University of Rwanda (UR) energized by the new partnerships and collaborations they formed there.

The trip is another component of Kent State’s expanding relationship with the Central African nation. In May, Kent State’s Board of Trustees approved establishing a not-for-profit community benefit company to serve as a base of operations from which Kent State can engage in Africa’s expanding higher education market. The University of Rwanda has offered Kent State office space at its campus in Kigali, Rwanda, as a base of operation.

Caniglia said the 10-day trip, which took place at the end of May, came about from a contact she had with Rwanda’s Minister of Education Valentine Uwamariya, Ph.D.

“The education minister said the president of Rwanda believes that math education is the key to their country’s success, and she was interested in better ways they can teach math and improve,” she said. “I knew I would love to look at that.”

A recent World Bank study, Caniglia said, noted that teaching mathematics to the world, and to Africa especially, “is the most important thing you can do.”

“With math, everything opens up – technology, science, STEM (science, technology, engineering and math),” she said.

Caniglia and Mupinga visited the University of Rwanda’s College of Education and met with university officials, as well as officials from the government’s education ministry, including a dinner with Education Minister Uwamariya. 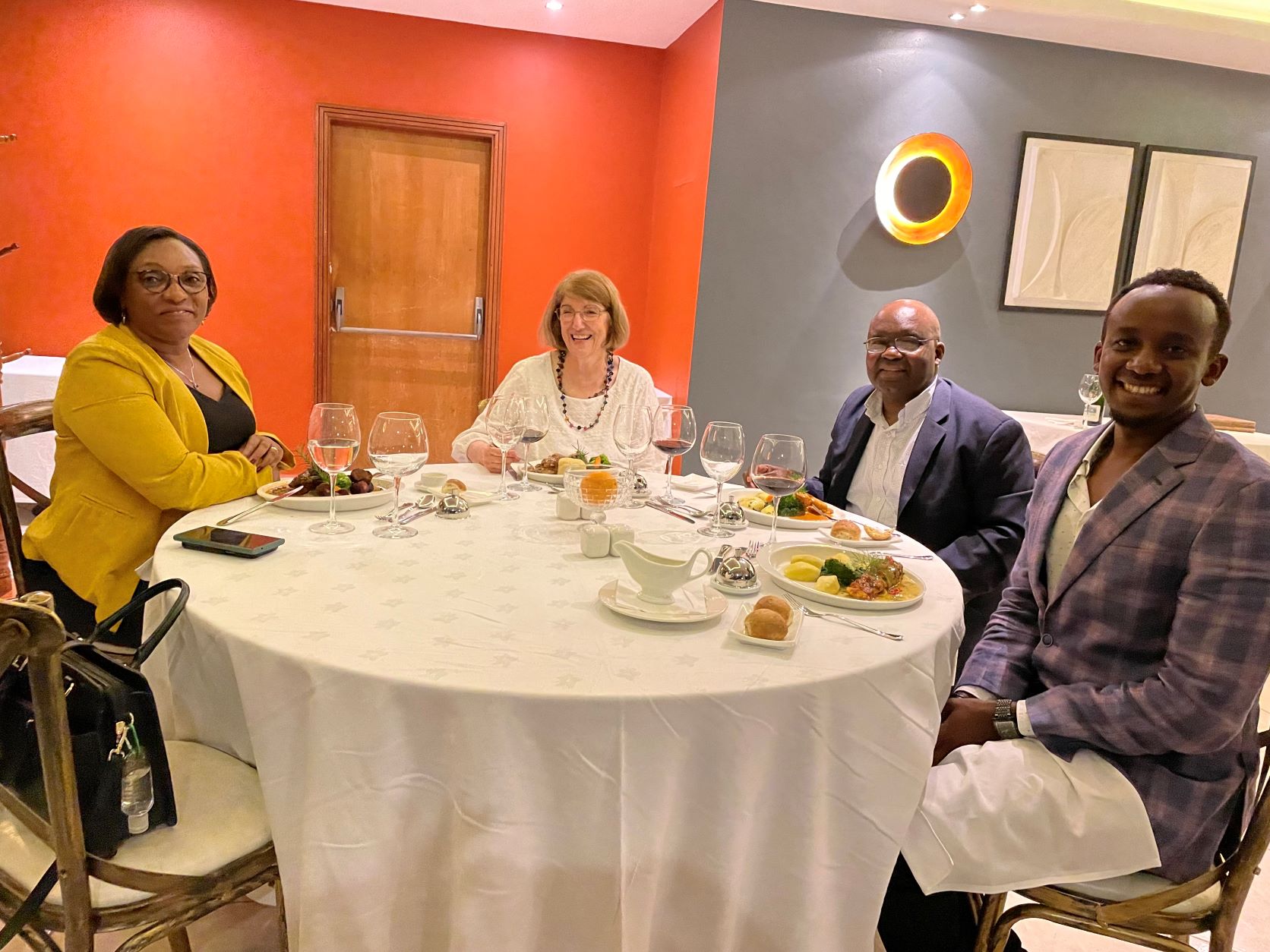 "We met with the faculty, and they shared what their needs were. There is a lot of overcrowding in their public universities because everyone is accepted,” Caniglia said.

“The public elementary school was state-run, we went into the classrooms to meet the students and saw the children in action. I loved that. It was the highlight of the entire trip,” Caniglia said. “We really saw the difference between those who had books and those who did not.”

She said many students in Rwanda learn through repetition or rote lessons, due to a lack of pencils and paper or other ways to store information, which can make learning difficult for some children.

“That’s why we went, to see what their needs are, what our needs are and how we can collaborate,” Caniglia said. “The main purpose was to see the connections and partnerships that we can develop between the University of Rwanda and ourselves.”

Mupinga, a native of Zimbabwe, Africa, previously had worked with Caniglia on a project to develop instructional materials for students in Nigeria. He said he was happy to become part of this effort in Rwanda, too.

Caniglia was most impressed to learn that the school curriculum throughout the nation for grades kindergarten through 12 included a requirement for peace studies. The effort is in response to the 1994 genocide in which members of the Hutu majority government killed nearly 1 million members of the Tutsi tribe over a four-month period.

Upon arrival in Rwanda, one of Caniglia and Mupinga’s first stops was at the Kigali Genocide Memorial. “It really gave us a good insight into the people and what they were going through only 28 years ago,” she said.

UR also is home to the Center for Conflict Management, which aligns well with Kent State’s School of Peace and Conflict Studies, Caniglia said. “It’s such a beautiful country and the people are so nice and kind. It went beyond my expectations.”

Mupinga said his experience in Rwanda was shaped by his experiences in other developing countries, and he believes the most important thing visitors to any country can do is to meet with the people there and work with them to develop specific programs and teaching materials that will work best for them.

“The problem that we often have is that some people would rather develop materials from here, but I always feel the locals need ownership in what we are developing. We need to find out from them what is most pressing and then figure out the solution,” Mupinga said, “We need to ask, `What is it that you need? And ‘How can we help you get there?’”

“The overall impression that I got is that they want to improve what they have, and they know which direction they want to go,” Mupinga said.

Trips such as theirs are important, he said, because they give visiting academics the ability to understand the situation on the ground and find out what the teachers and teacher educators in Rwanda want and need. In addition to classroom resources, equipment and instructional materials, they need teachers who are well trained in how to use those resources, he said.

“I am a firm believer that resources without training are not going to go that far,” Mupinga said. 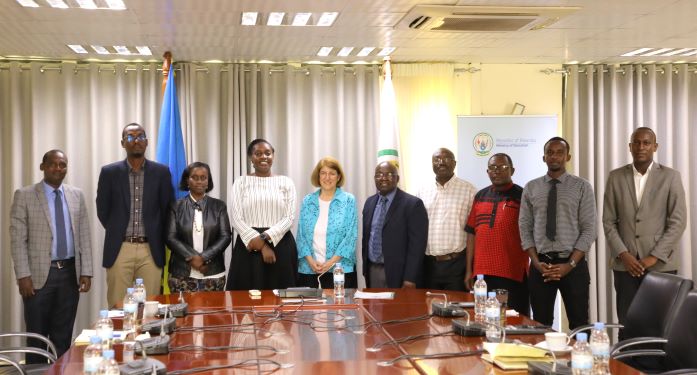 Caniglia said she is hoping Kent State can help to develop many of the tools needed using its makerspaces. “I kept thinking about how President (Todd) Diacon said this Design Innovation Hub is not just for Kent State, it’s for the world, and I thought, yes, yes it is.”

“It is exciting news that we will have a permanent presence in Rwanda,” Mupinga said, adding that it will allow for better coordination of Kent State’s multiple efforts ongoing in that country. “I think it will be good when we can channel everything through one office.”

Caniglia has applied for funding through the Fulbright Specialist Program of the U.S. State Department, which supports project-based exchanges for U.S. academics to engage with host institutions in other countries. She expects to find out in October whether her application will be approved.

Likewise, Mupinga is hoping to secure funding to return to Rwanda in the summer of 2024. His goal is to help train and put together a team of six to 10 Rwandan teachers, who then can do what he does at Kent – train local professionals to be vocational teachers in their country.

Caniglia said it is important to realize that our relationship with Rwanda is as beneficial to Kent State as it is to UR.

“It really is a give-and-take, a win-win,” she said. “They have so many wonderful ideas.”