When it comes to comics and graphic narratives, few names are as renowned and revered as Art Spiegelman. Since the 1960s, Mr. Spiegelman has been influencing the comics genre and leaving his mark on American culture. Whether it is through his creation of the Garbage Pail Kids for Topps trading cards, his famous cover designs for The New Yorker or his biographical masterpiece “Maus,” Mr. Spiegelman’s work has influenced generations of artists and readers. 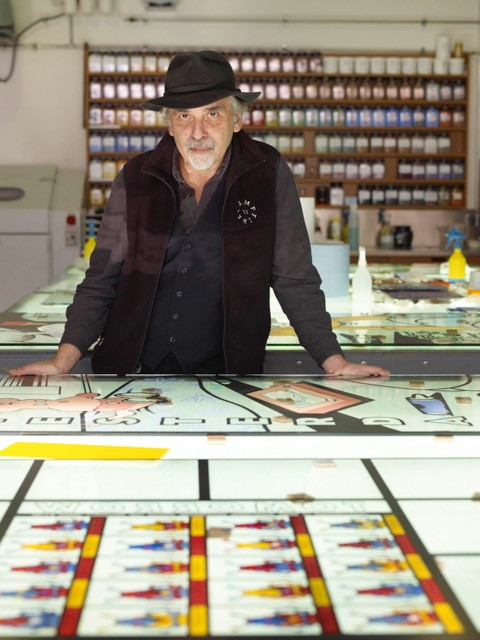 On March 6, Kent State University’s College of Arts and Sciences and the Jewish Studies Program will host Mr. Spiegelman as a guest speaker. The program, titled “Comix, Jews ’n Art – Dun’t Esk,” is scheduled to begin at 7 p.m. and will take place at the Kent Student Center Kiva. The event is free and open to the public.

Mr. Spiegelman has a long and storied career but is best known for “Maus,” his autobiographical account of the Holocaust written in comics form. Published in 1991, “Maus” received international acclaim, earning Mr. Spiegelman a special Pulitzer Prize. Beyond accolades, “Maus” also has been credited as a pivotal moment for elevating the art of comics in both critical and public arenas. In addition to “Maus,” Mr. Spiegelman is responsible for creating some of the iconic and controversial covers for The New Yorker, where he worked from 1992-2001.

Chaya Kessler, the director of the Jewish Studies Program at Kent State, was instrumental in bringing Mr. Spiegelman to campus and hopes that his appearance will highlight the role of art in preserving important cultural and historical moments.

“Jewish Studies is very proud to host a distinguished person such as Mr. Spiegelman,” Mrs. Kessler said. “His unique approach to recounting his personal narrative about his family’s experiences during the Holocaust makes him a powerful voice for our community to hear. I am hoping that this presentation will be experienced by many students and area community members to learn about the struggles of the second generation of Holocaust survivors and the way they deal with their family’s past.”

Mr. Spiegelman started out his career as part of the underground comix movement in San Francisco, producing comix and cartoons that reflected the countercultural sentiments pervasive in the 1970s. It was within this context that he was able to develop his artistic voice and prepare to construct his masterpiece, “Maus.”

“Maus” tells the story of the Holocaust told through interviews between Mr. Spiegelman and his father, a Polish Jew who immigrated to the United States in 1951 after surviving the Holocaust in Europe. Written as a graphic narrative, “Maus” is identifiable by its depiction of Jews as mice, Nazis as cats and Poles as pigs. Upon publication, “Maus” was met with intense academic and critical attention, unprecedented for the comics genre at that time. Its publication marks one of the first times in western literature that a comic or graphic novel was taken seriously by academia at large. The burgeoning of comics as a medium of memoir stems from Mr. Spiegelman’s pioneering work, and, as a medium, comics is acclaimed for its capacity to capture traumatic memory personally, politically and culturally.

“Because of the unique way in which this story is told and the place of esteem it holds in the history of the genre, I expect that it will attract many young people interested in the comics genre who may not otherwise have come and will learn about this traumatic moment of recent history,” Mrs. Kessler said.

For Mrs. Kessler, a focus on the book’s form and genre should act as an opening for discussion of its content as well. As historical events like the Holocaust move further and further into the past, Mrs. Kessler sees works like “Maus” as being instrumental in preserving the stories and memories of those who lived through it. She says it is this obligation to remember that motivates her to continue to bring renowned Jewish storytellers like Mr. Spiegelman and Elie Weisel, who spoke at Kent State in 2013. She hopes that as the community hears and engages with these stories, they will take part in preserving them and passing them on as well.

“It’s important that students and community members of various backgrounds will come to hear the story and learn something significant about the resilience of the human spirit,” she said. “With the passing of time, most of the survivors of the Holocaust have passed away, leaving those left who hear the story to become the witnesses. Art Spiegelman tells the story in a modern and accessible way that resonates with younger generations.”

This particular event is made possible through the generous support from the Ruth G. and Sam H. Sampliner Fund and the Smith Family Memorial Fund of the Jewish Federation of Cleveland as well as the Thomases Family Endowment Fund of the Jewish Federation of Youngstown. The Frances and Lillian Schermer Charitable Trusts and several private friends of the Jewish Studies Program also have contributed as have several departments at Kent State. The Hillel and Chabad at Kent State are also generously supporting this event.