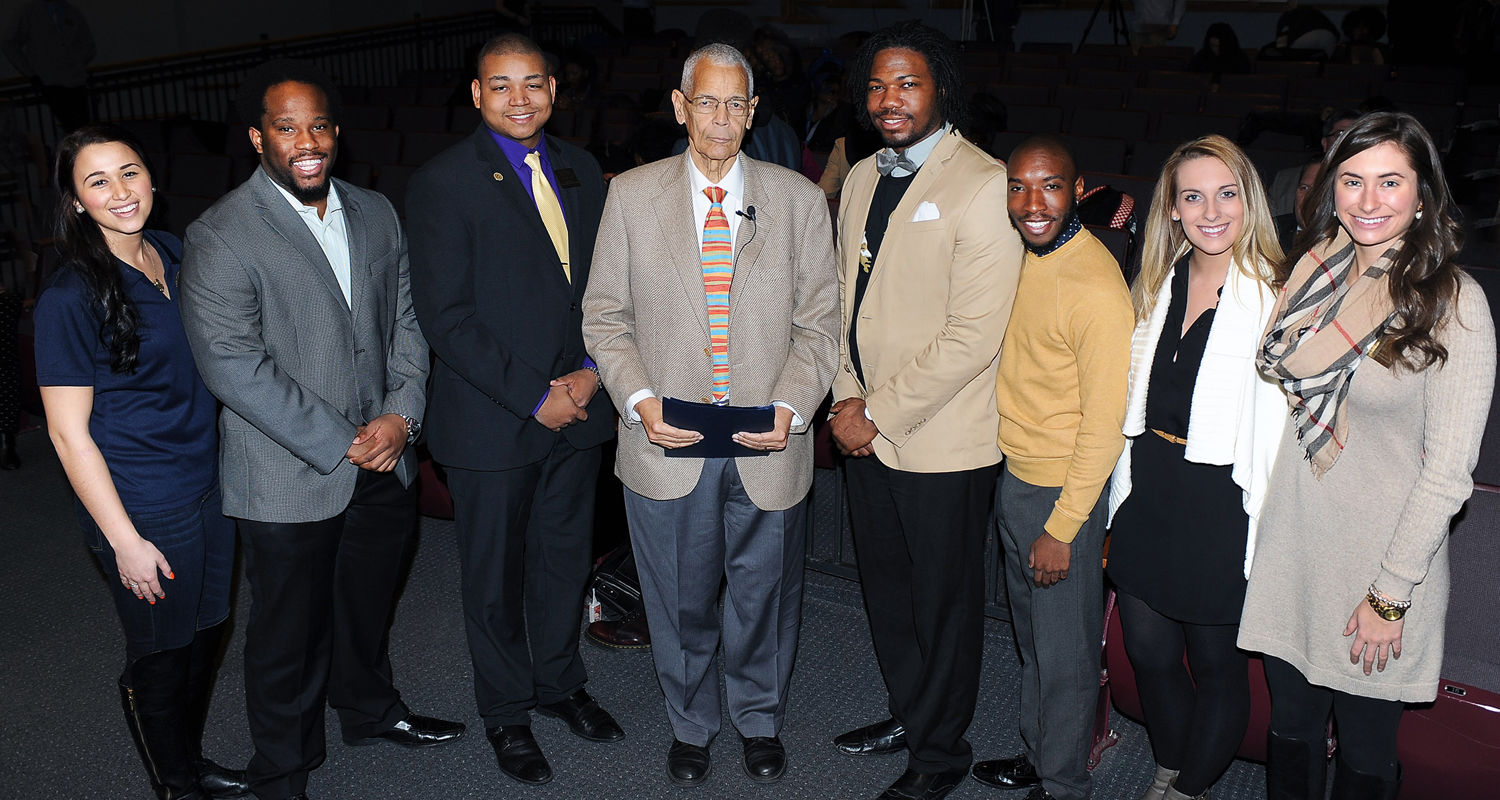 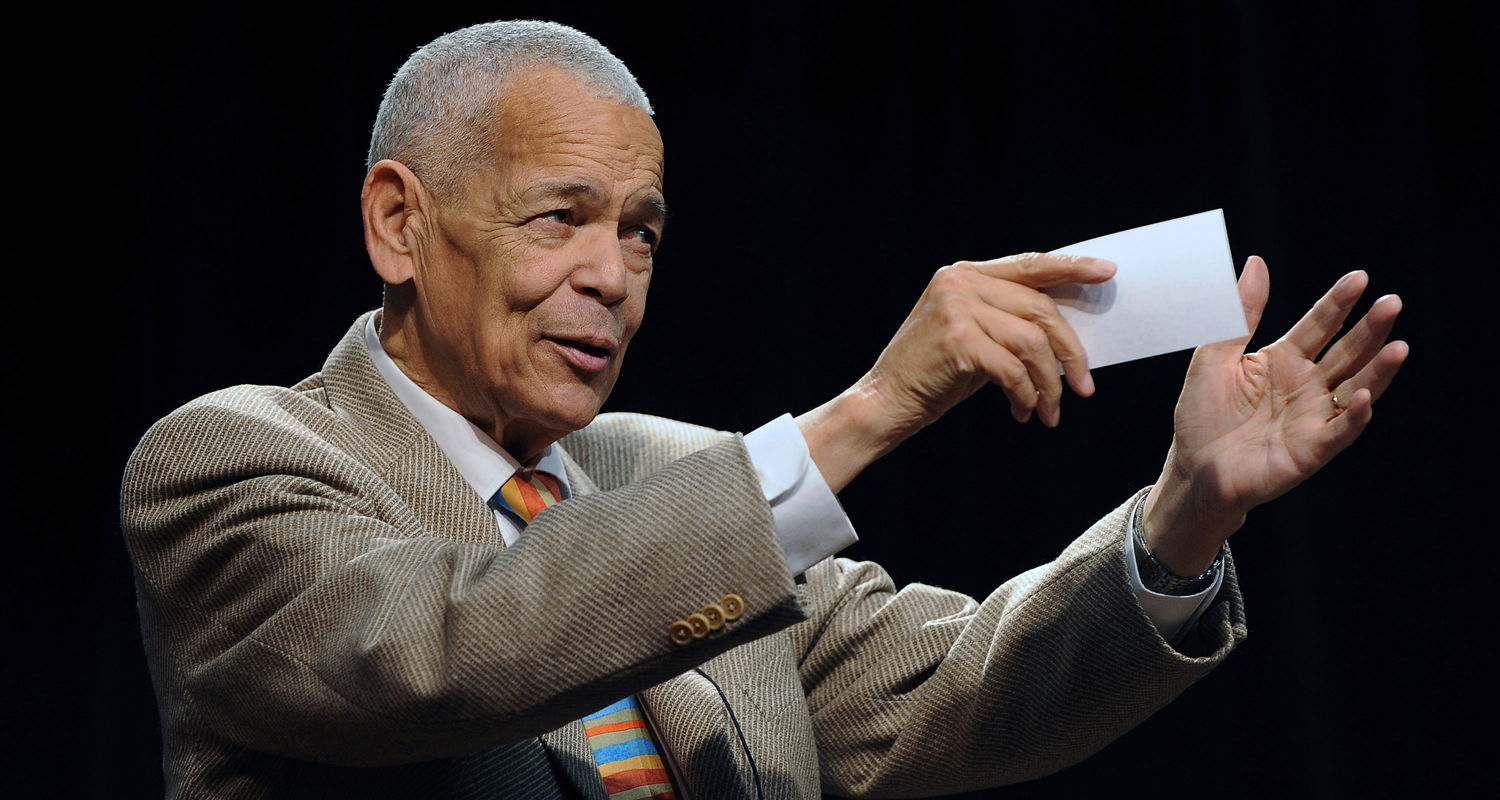 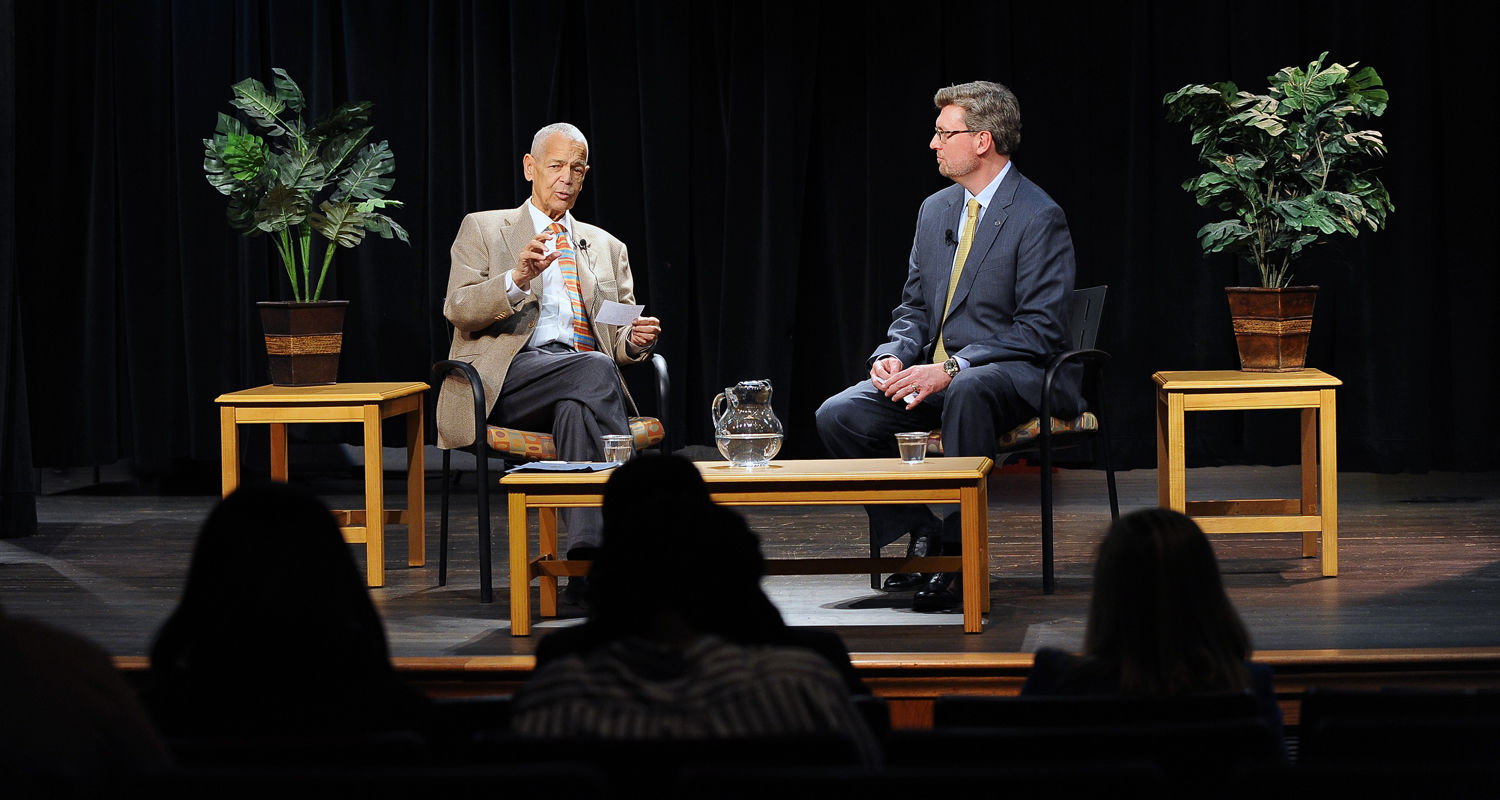 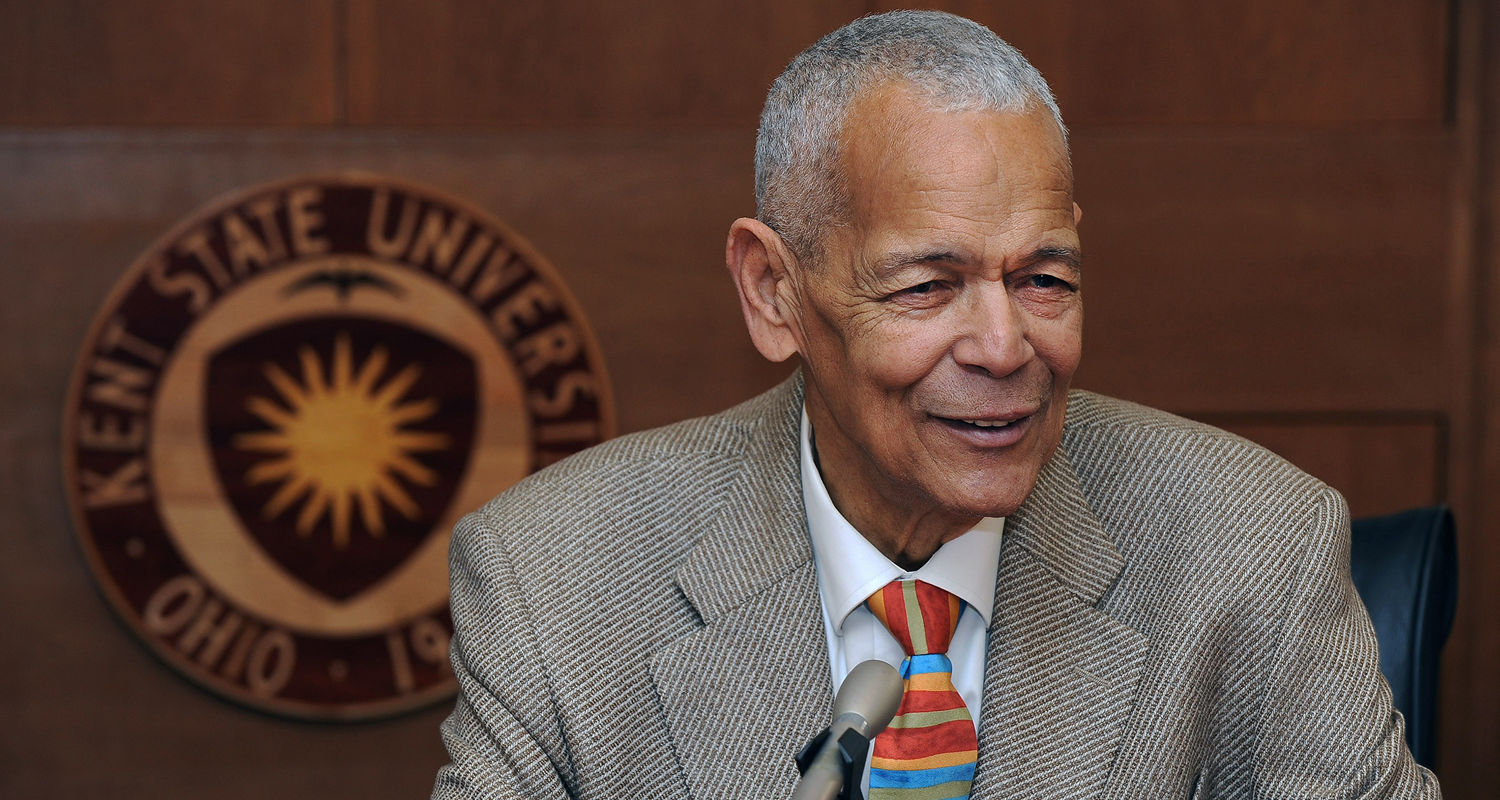 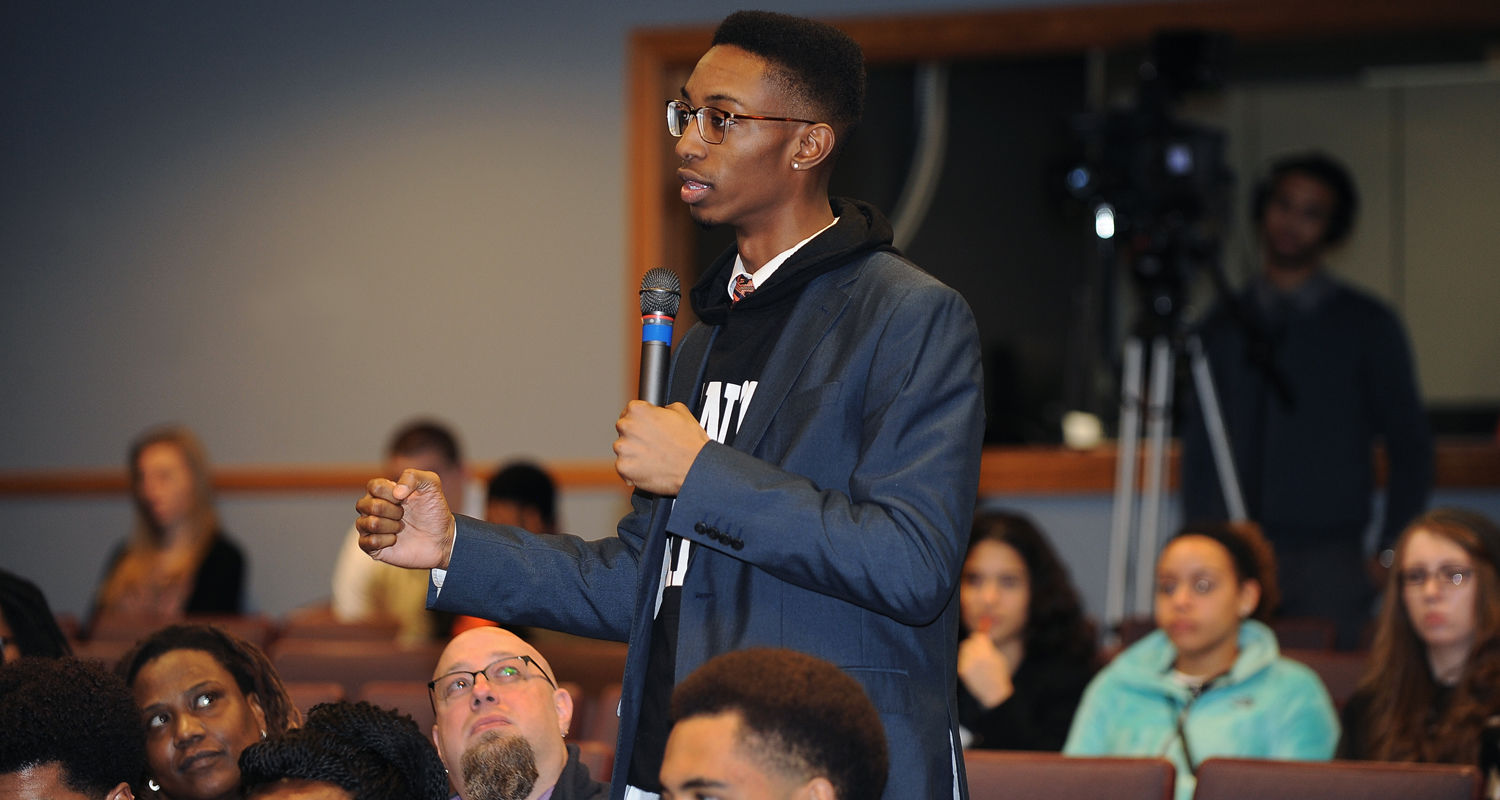 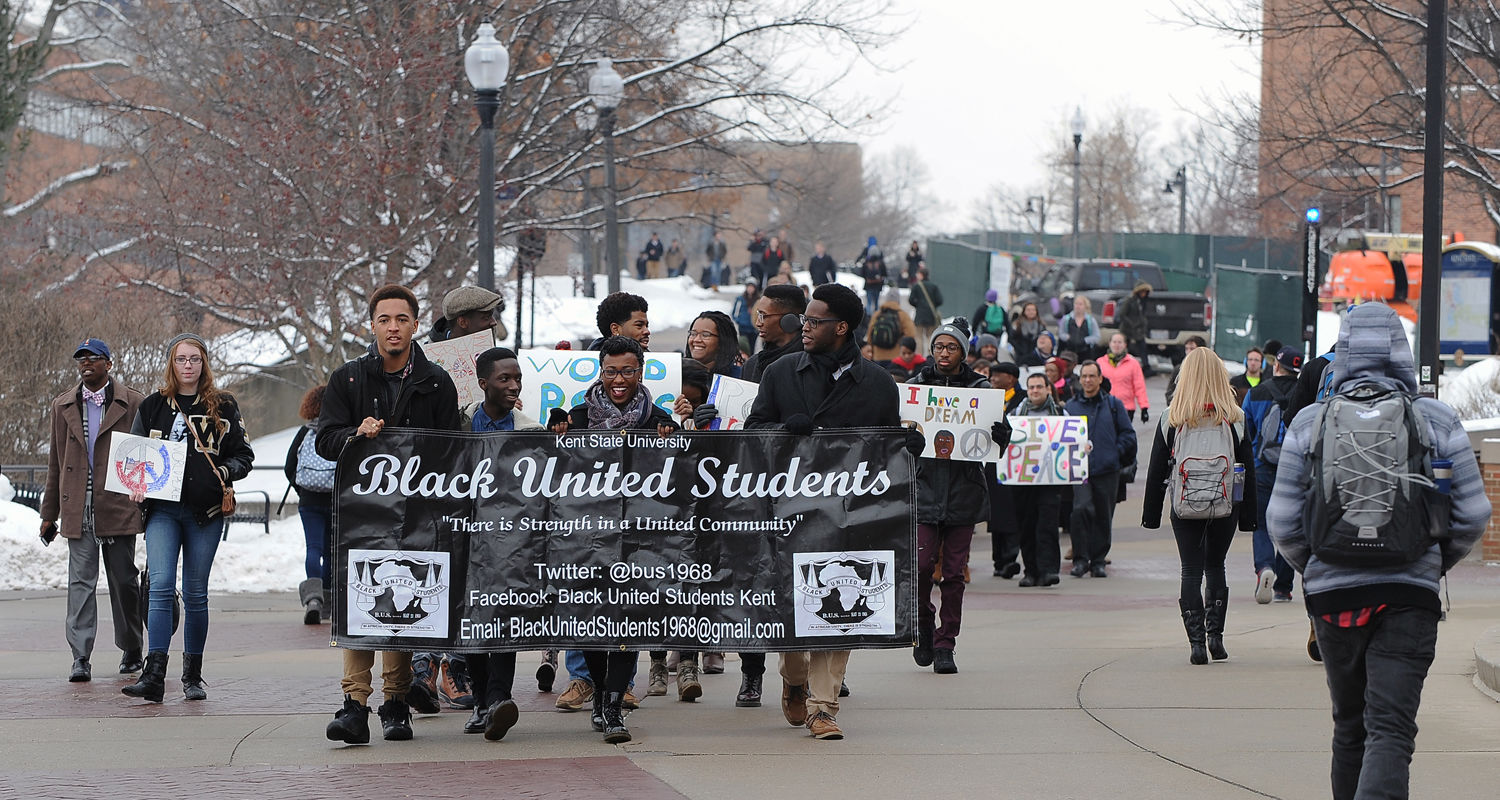 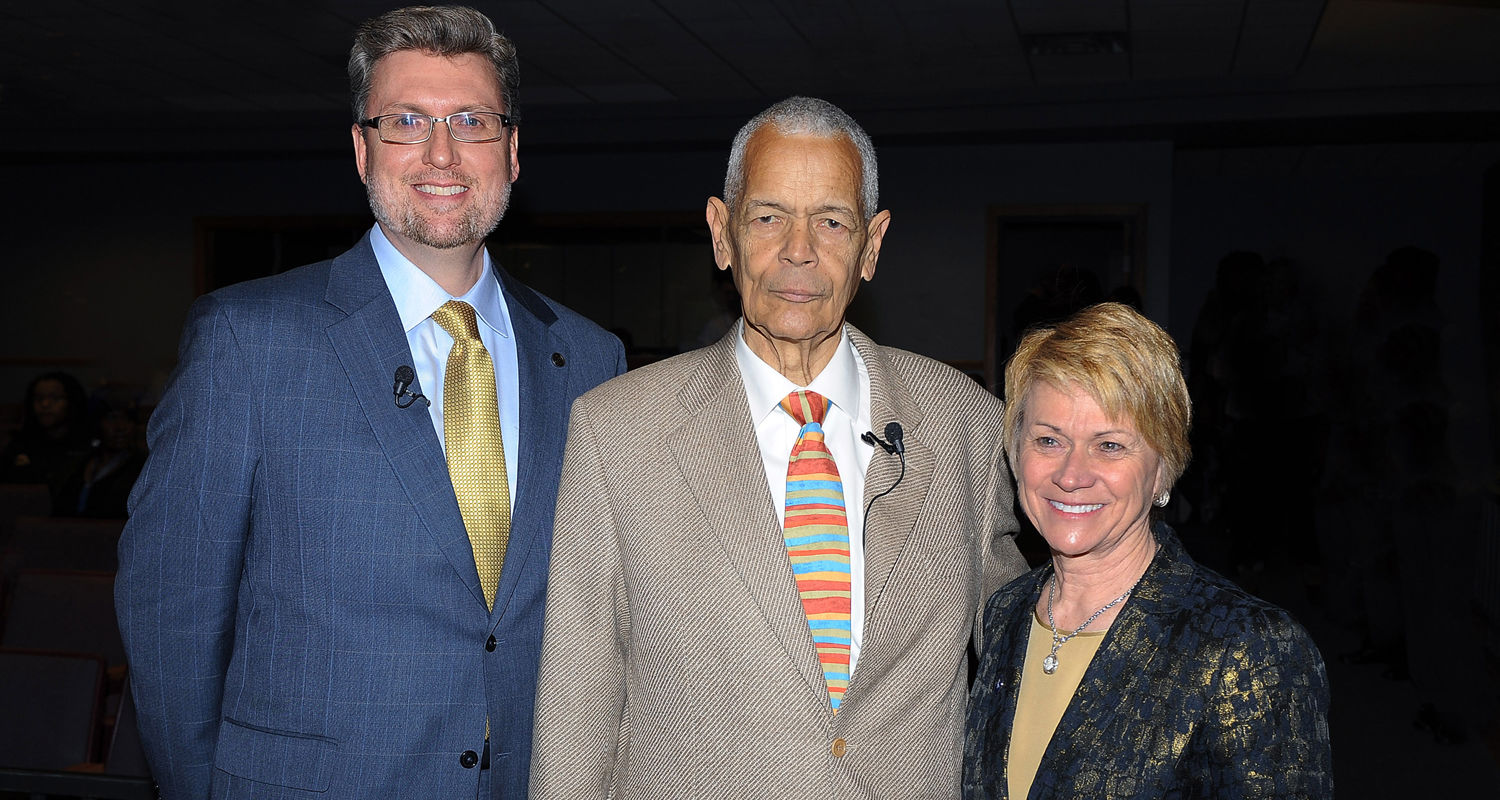 Prior to Bond’s keynote address, there was a memorial march from Ritchie Hall to the Kent Student Center Ballroom.

“We are honored to have Julian Bond as our keynote speaker this year,” said Alfreda Brown, Ed.D., Kent State’s vice president for diversity, equity and inclusion, prior to Bond's keynote address. “His speech will be relevant in light of many current regional and national headlines that have gained attention across the United States over the past several weeks. Mr. Bond’s experience will take us back to a time of nonviolent protests and engaged activism during a period of unrest in our nation’s history, and specifically what he did as a leader of students on college campuses in the 1960s. The timing of Mr. Bond’s arrival at Kent State is perfectly aligned as an opportunity to learn new perspectives on age-old challenges.” 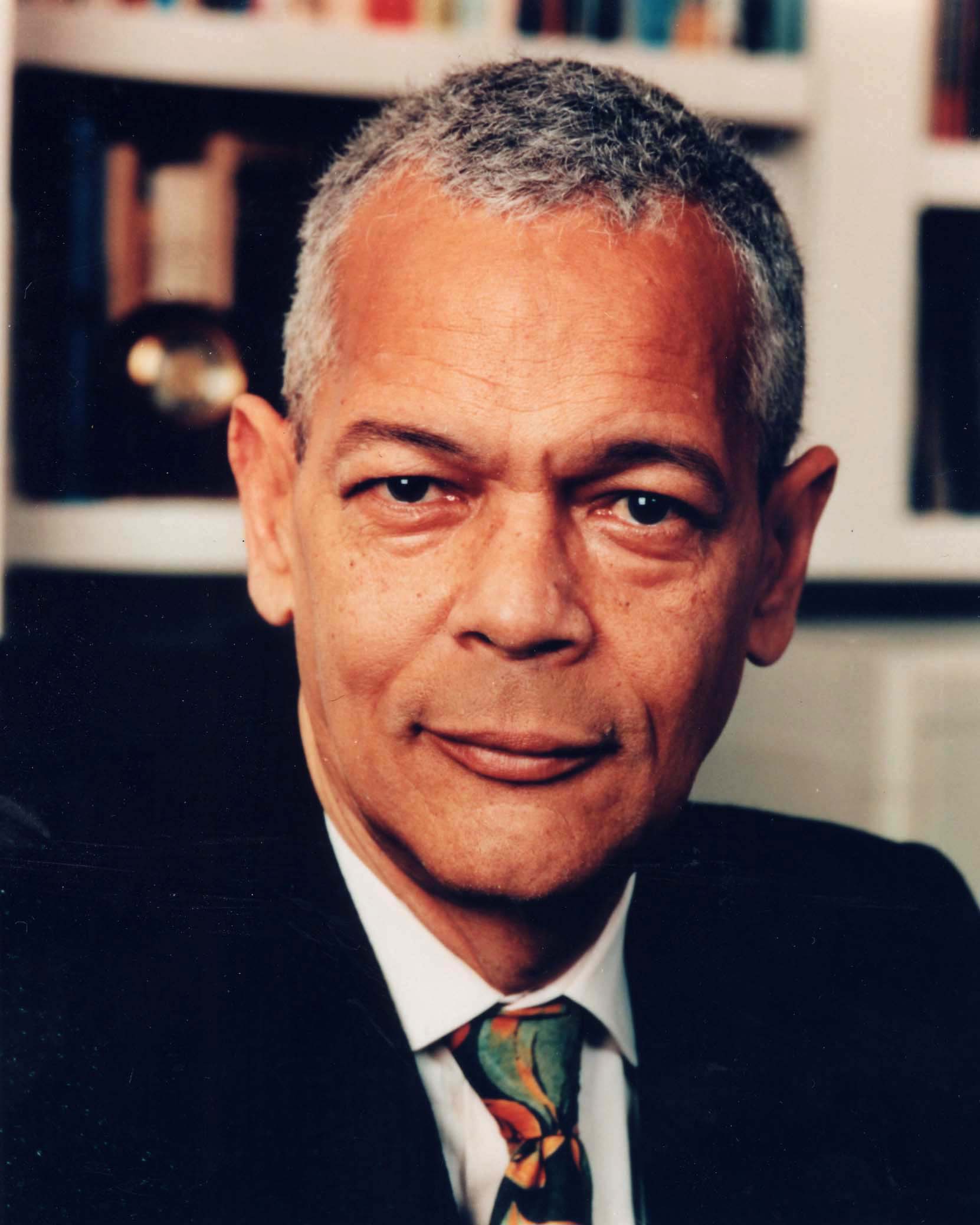 Bond, who narrated the May 4 Walking Tour documentary for the guided tour stations at Kent State’s May 4 memorial site, is a Distinguished Visiting Professor at American University in Washington, D.C., and a professor emeritus in the history department at the University of Virginia. He has been at the forefront of civil rights activism for several decades. He helped to form the Student Nonviolent Coordinating Committee as a student at Morehouse College in Atlanta. In 1998, he was elected board chairman of the National Association for the Advancement of Colored People (NAACP), and he currently serves as its chairman emeritus. He also helped found the Southern Poverty Law Center and served as its president from 1971 to 1979. Bond was elected to the Georgia House of Representatives, serving from 1965 to 1975. He also served six terms in the Georgia Senate, from 1975-1986. In 1968, Bond led a challenge delegation from Georgia to the Democratic National Convention in Chicago and was the first African-American nominated as vice president of the United States. He withdrew his name from the ballot because he was too young to serve.

Following his keynote address, Bond was presented with an art project created by the preschool children from Kent State’s Child Development Center. The art project, called The Skin I’m In, was created with assistance from three Kent State students, represented the children’s multicultural diversity and their different skin colors that combine to make a beautiful piece of art. Kent State’s 2015 Diversity Trailblazer Award was presented to E. Timothy Moore, assistant dean emeritus in Kent State's College of Arts and Sciences and associate professor emeritus in the Department of Pan-African Studies, at the commemorative event in the ballroom.

The “Just” for a Day service event on Monday, Jan. 19, kicked off Kent State’s weeklong series of events commemorating the life and influence of Martin Luther King Jr. “Just” for a Day, which was sponsored by Kent State’s Office of Experiential Education and Civic Engagement and the Division of Diversity, Equity and Inclusion, allowed members of the university community to participate in community service to a variety of local nonprofit organizations.

Other commemorative events include “Race in America,” the first topic discussed as part of the new University Dialogue Series, on Jan. 22 from 1:30-3:15 p.m. at Ritchie Hall’s African Community Theatre, which was followed by the silent memorial march that preceded Bond’s keynote address; the May 4 Visitors Center was also open on Jan. 22. A Cultural Extravaganza will take place on Jan. 23 from 6-8 p.m. at the Kent Student Center Kiva; the Game of Life, an interactive inequality simulation, will take place Jan. 28 from 4:30-7 p.m. in the Kent Student Center Ballroom; and Soup & Substance, which will feature an interfaith panel discussing peace and service to others, will take place on Jan. 28 from noon-1:30 p.m. at the Student Multicultural Center, located on the second floor of the Kent Student Center.

A free ticket was required to attend Bond’s keynote address on Jan. 22. All other commemorative events are free and open to the public.

For more information about these and other commemorative events at Kent State, visit www.kent.edu/diversity or call 330-672-8563. 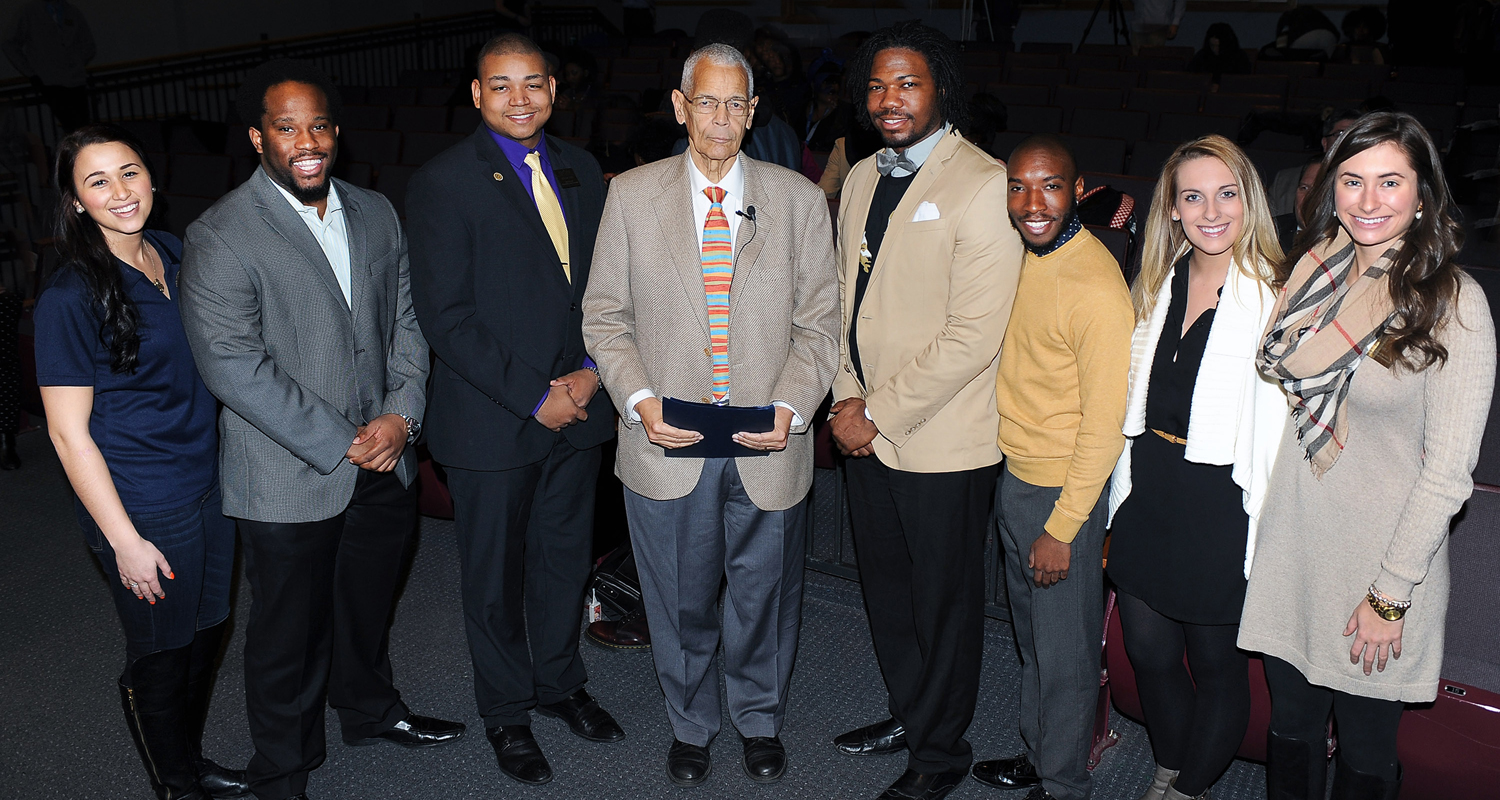 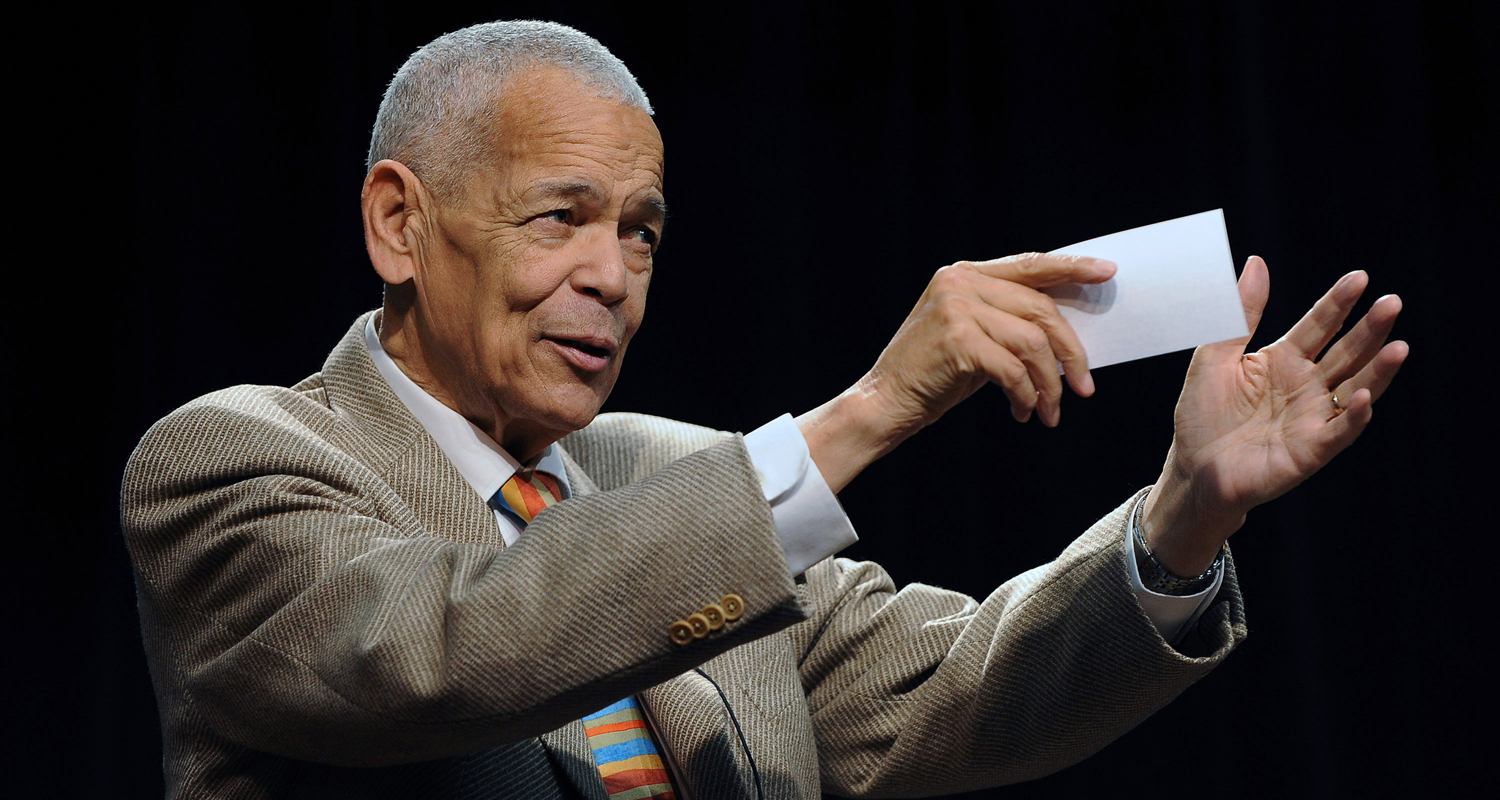 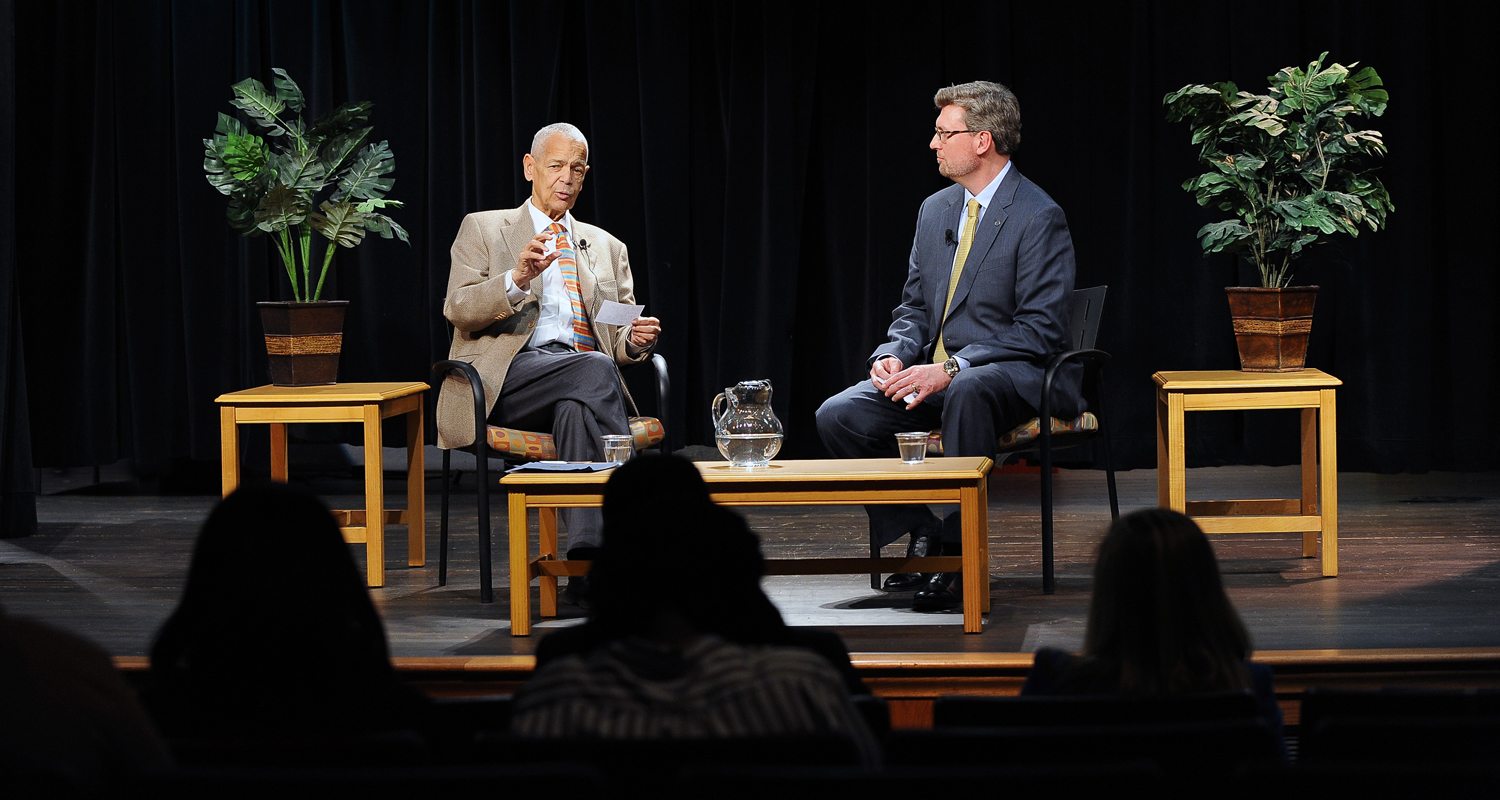 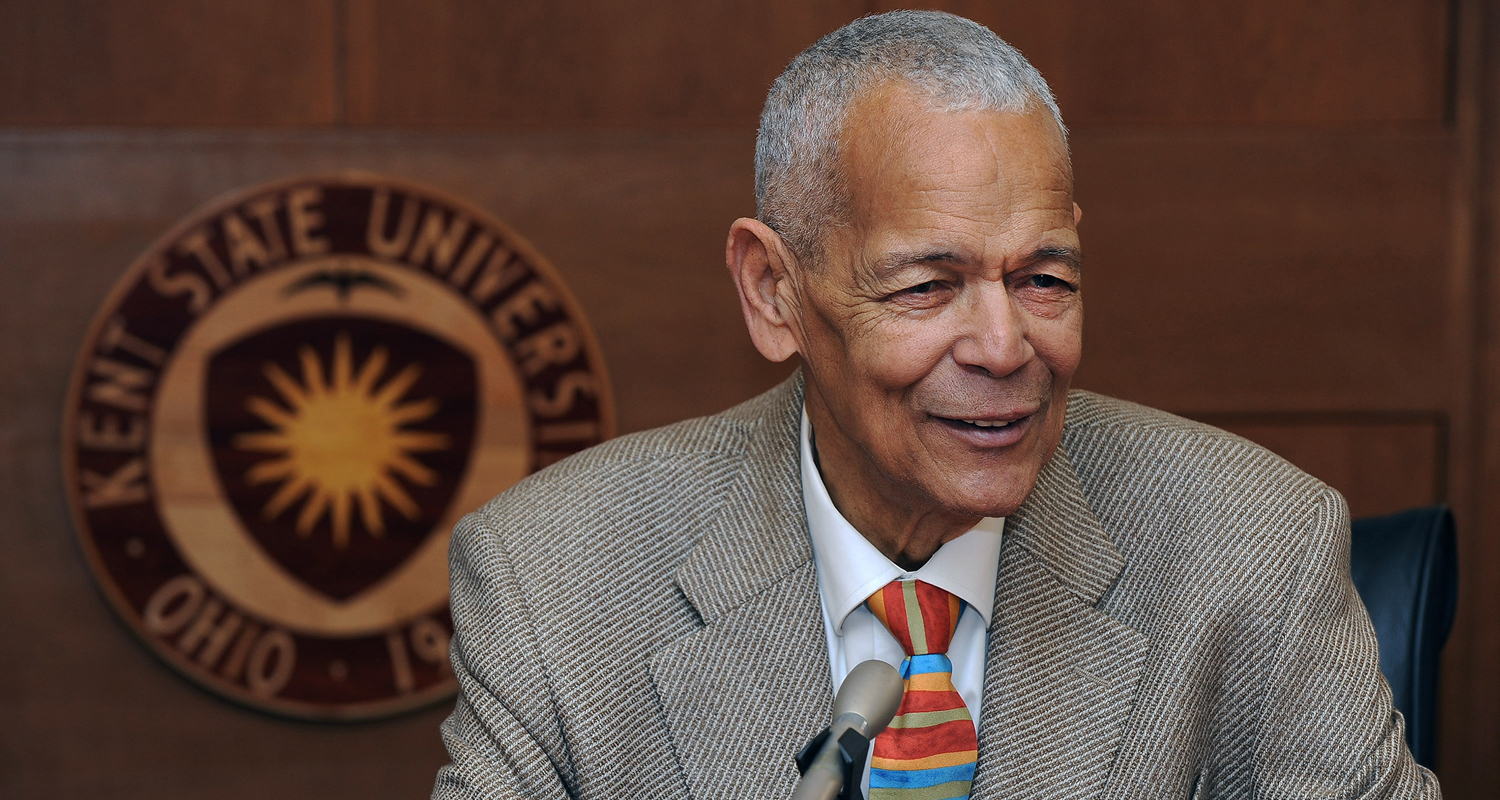 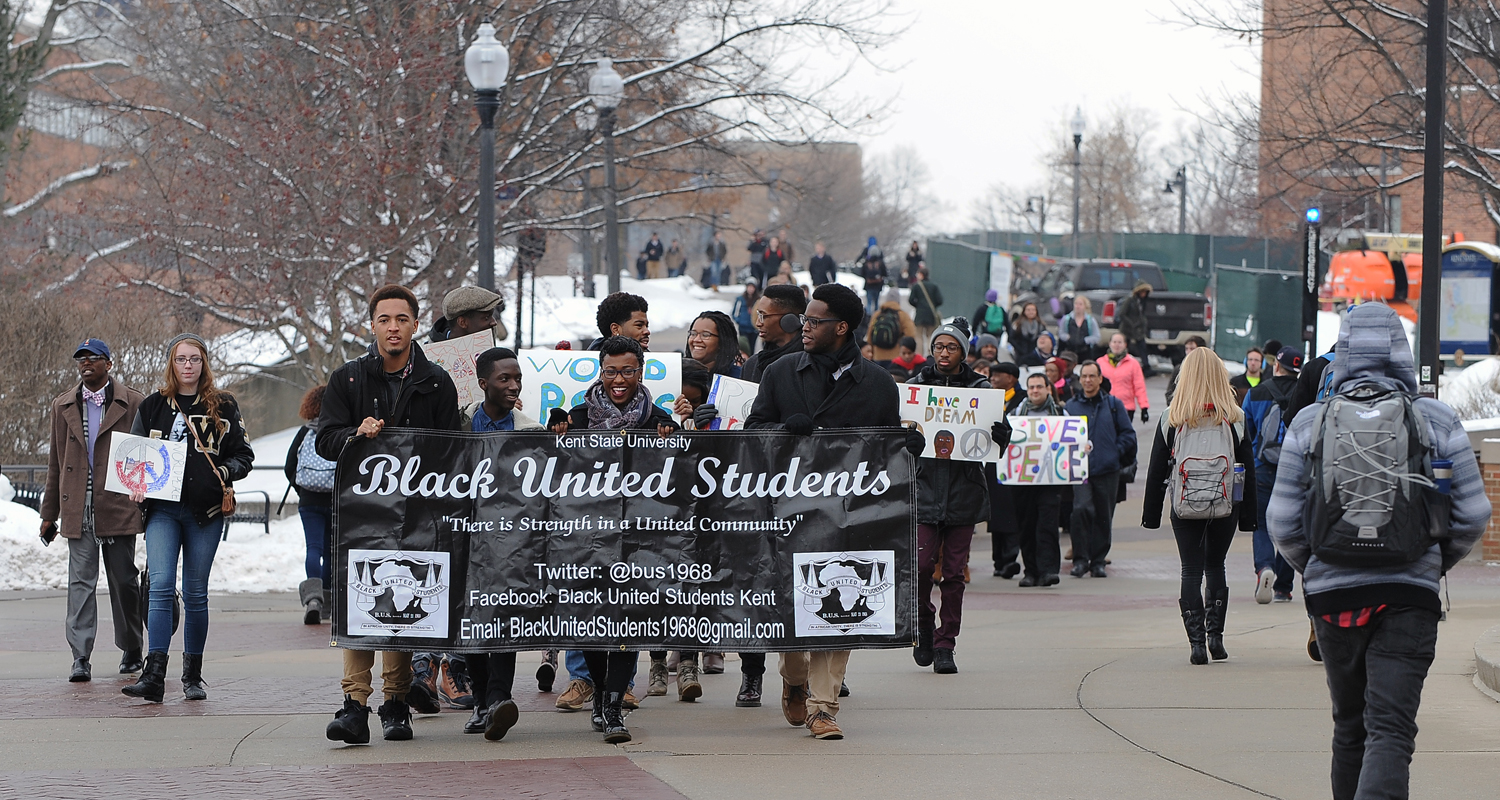 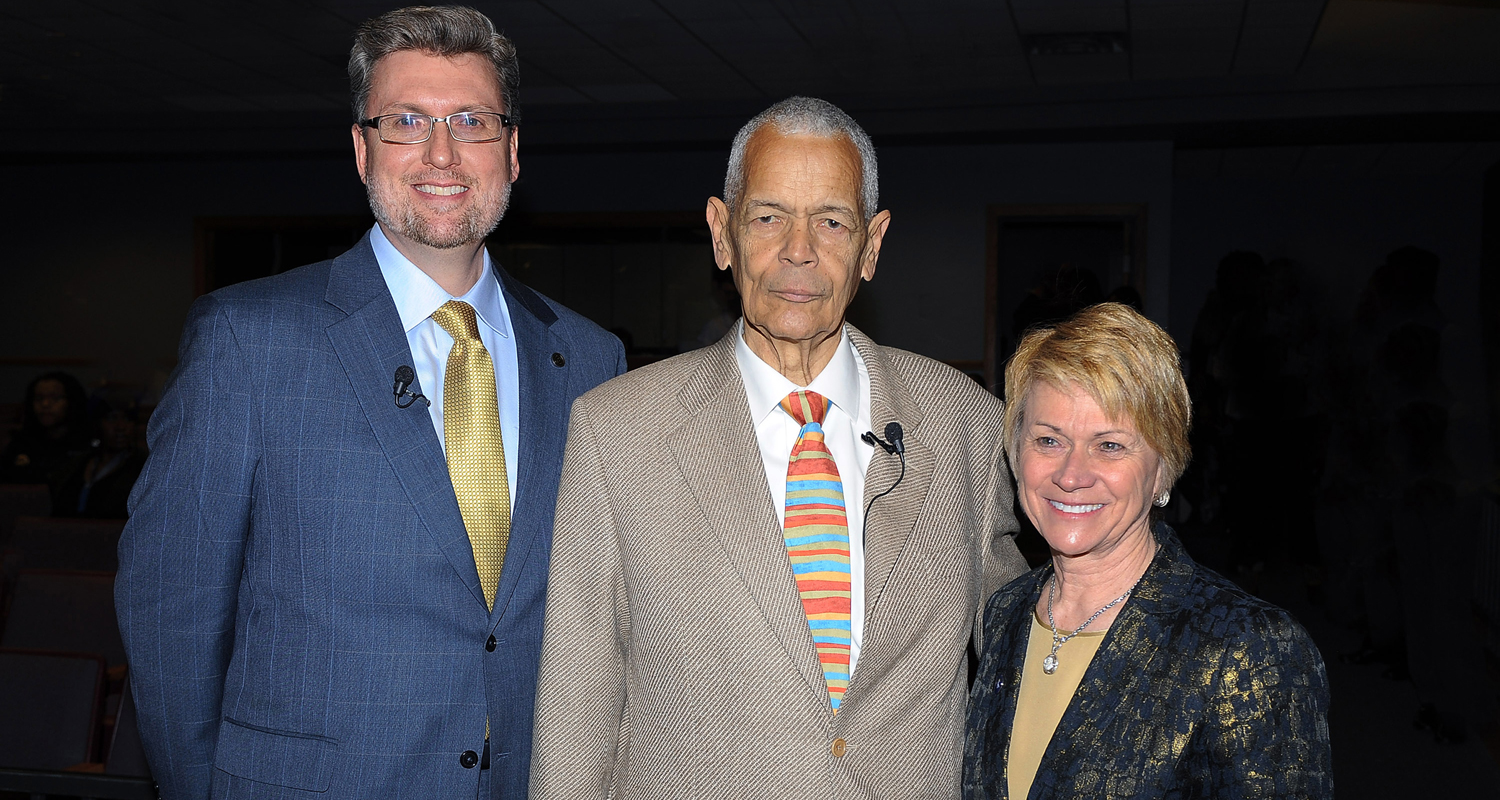 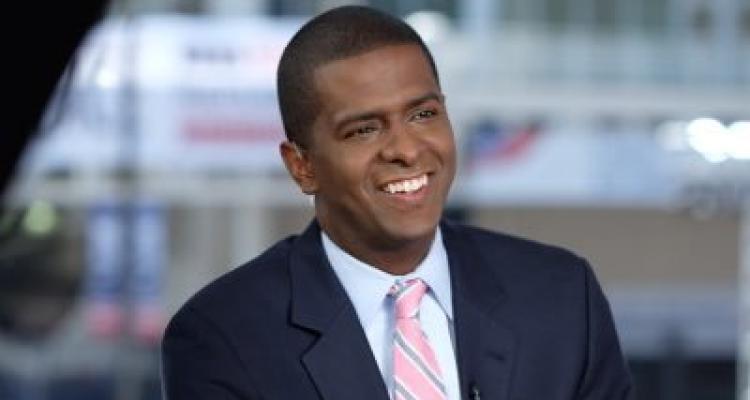 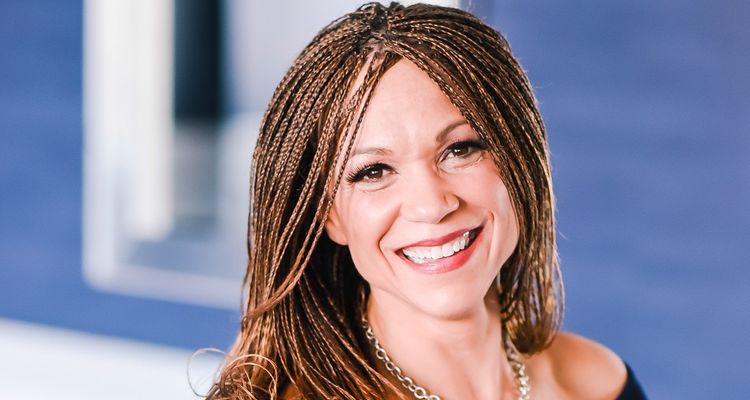