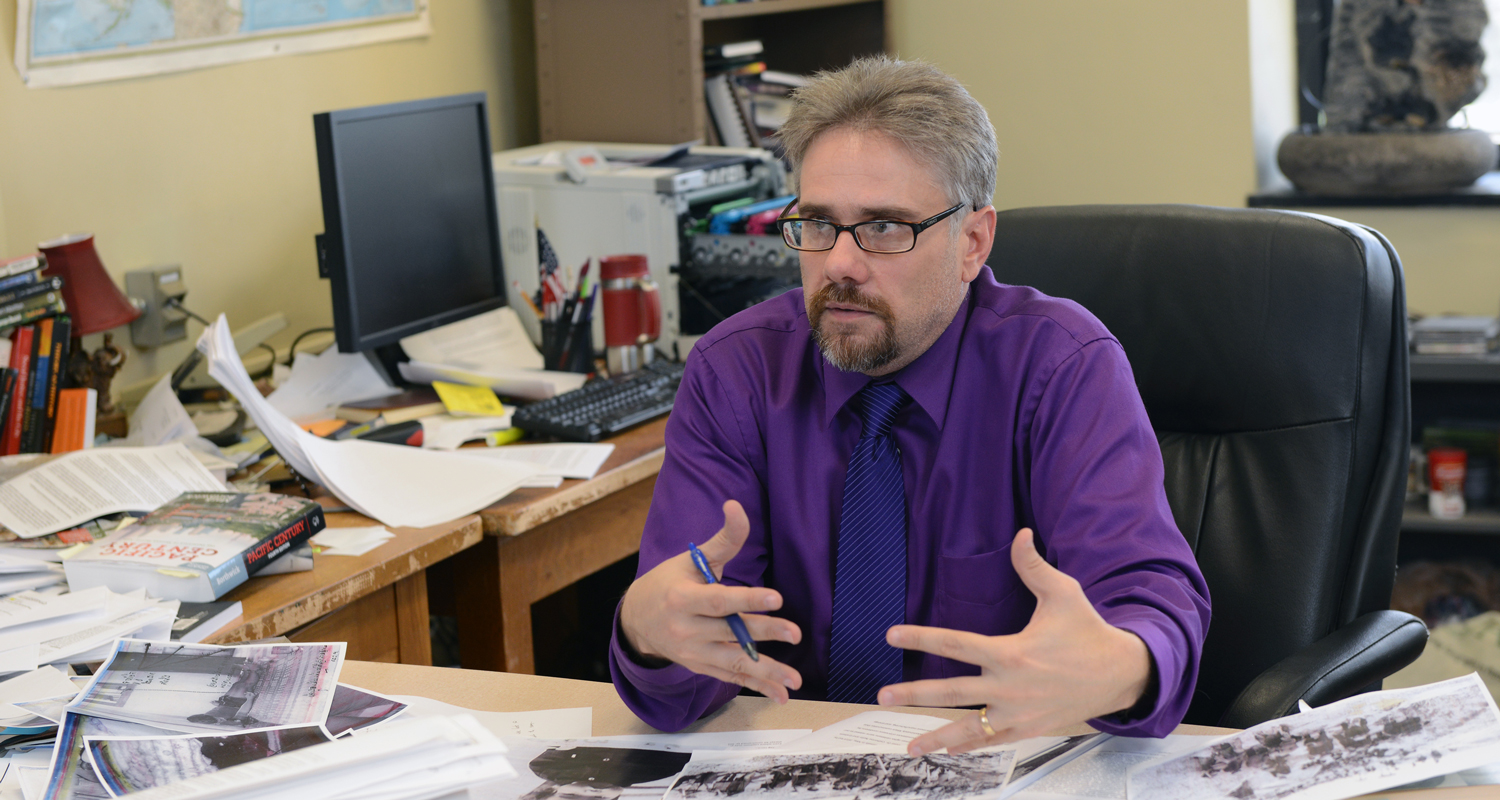 Selecting a single renowned scholar from Kent State University’s largest college is not an easy undertaking, but the work of Geography Professor James Tyner, Ph.D., over the past year made the decision a little bit easier for the College of Arts and Sciences Dean James Blank, Ph.D.

“Jim Tyner is an internationally recognized geographer with an outstanding research record,” Blank said. “He is one of the college’s outstanding faculty who brings his research expertise to the classroom for the benefit of our students.”

“I am very humbled to have been recognized for my scholarly contributions,” Tyner said. “All research is a collaborative process, and I would like to acknowledge my colleagues and students, as well as the administration and staff at Kent State.”

Tyner’s regional interest lies in Southeast Asia, and his recent travels have taken him to Cambodia, the Philippines, Vietnam, Laos, Thailand, Burma, Malaysia, Singapore, Japan and China. He is the author of 13 books, including “War, Violence and Population: Making the Body Count,” which received the American Association of Geographers’ Meridian Book Award for Outstanding Scholarly Contribution to Geography.

Last June, Tyner and Mandy Munro-Stasiuk, Ph.D., also from Kent State’s Department of Geography, received a $330,000 grant from the National Science Foundation to study landscapes of mass violence in Cambodia during and after the regime of the Khmer Rouge from 1975 to 1979.

The invasion of Cambodia in 1970 is what led to protests on campus that drew the Ohio National Guard to Kent State, resulting in the shooting deaths of four students on May 4, 1970. Tyner’s expertise in Cambodian history and geography has led him to a meaningful partnership with the May 4 Visitors Center and Kent State’s Institute for the Study and Prevention of Violence. During this year’s 46th anniversary of May 4, Tyner led a forum on “Cambodia After May 4.”

Tyner came to Kent State in 1997 from the University of Southern California, where he served as a visiting lecturer. Tyner also received his Ph.D. from USC in 1995. He earned all of his degrees on the West Coast, graduating with his B.A. from California State University, Beach in 1989 and with his M.A. in 1991 from San Diego State University.

He was made a full professor at Kent State in 2007.

Tyner has more than a dozen books to his name, as well as several dozen papers, articles and non-refereed publications. He also has presented at more than 75 conferences. He has been awarded more than half a million dollars in grants during his time at Kent State, all while teaching more than two dozen classes at all levels.

Tyner has sat on numerous boards, peer reviewed grants and articles for more than two dozen agencies and publications, sits on multiple committees and more than a half-dozen national publication editorial boards, overseen dozens of campus and academic groups, and has been principal advisor to many Ph.D. and master’s students during his time at Kent State.