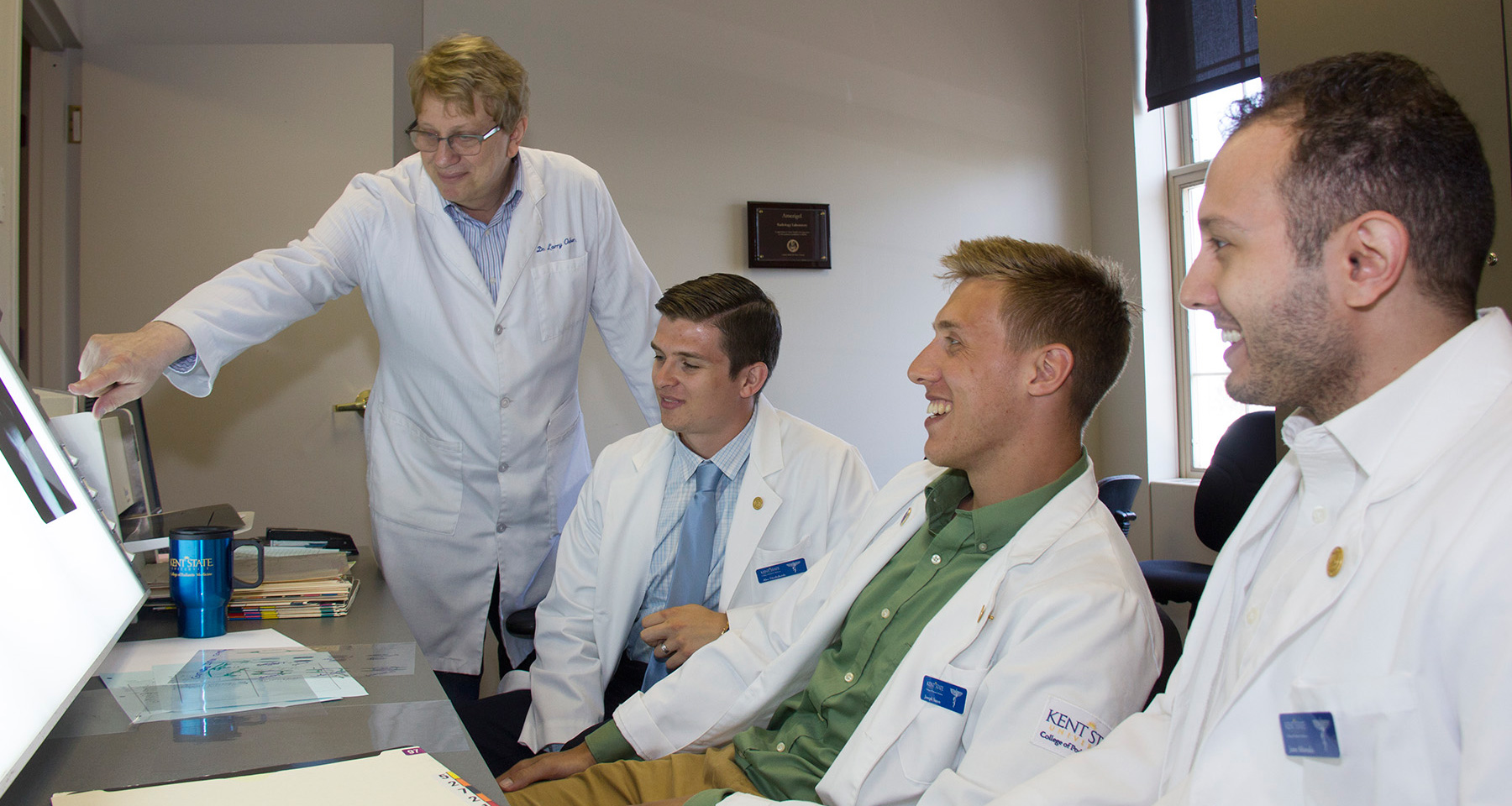 An accomplished doctor and academic, a highly regarded colleague and educator, the June 2016 Scholar of the Month is Dr. Lawrence Osher of Kent State University’s College of Podiatric Medicine, a decision made unanimously among the college’s leadership.

Osher has acted as the scientific co-chair for several continuing medical education conferences, including the 2015 Southeast National Conference and the 2015 Southern Exposure Seminar.

He is also the director of the Radiology Department at the Cleveland Foot and Ankle Clinic in Cleveland and the chairman of the Ohio Radiation Generating Equipment Committee. These are fitting placements, as Osher is well-known for his project studying fluorodeoxyglucose (FDG)-positron emission tomography (PET) scanning versus fluorine labeled white blood cells in PET scanning of infected versus non-infected diabetic Charcot arthropathy. He started the project with D. Scot Malay, D.P.M., as part of a multicenter study.

He also received the 2003 Bronze William J. Stickel Research Award for research publication with the Journal of Podiatric Medical Association and has authored more than 25 refereed journal publications and book chapters.

He is not only esteemed by his colleagues in the field of podiatric medicine, but well-regarded among the Kent State community at large.

Osher was selected to the 2012-13 Strategic Planning Committee for Academic Excellence and Innovation, as one of 32 members from more than 170 universitywide nominations, and the only nominee from Kent State’s College of Podiatric Medicine. He also has been chairman of the college’s Faculty Senate since 2009.