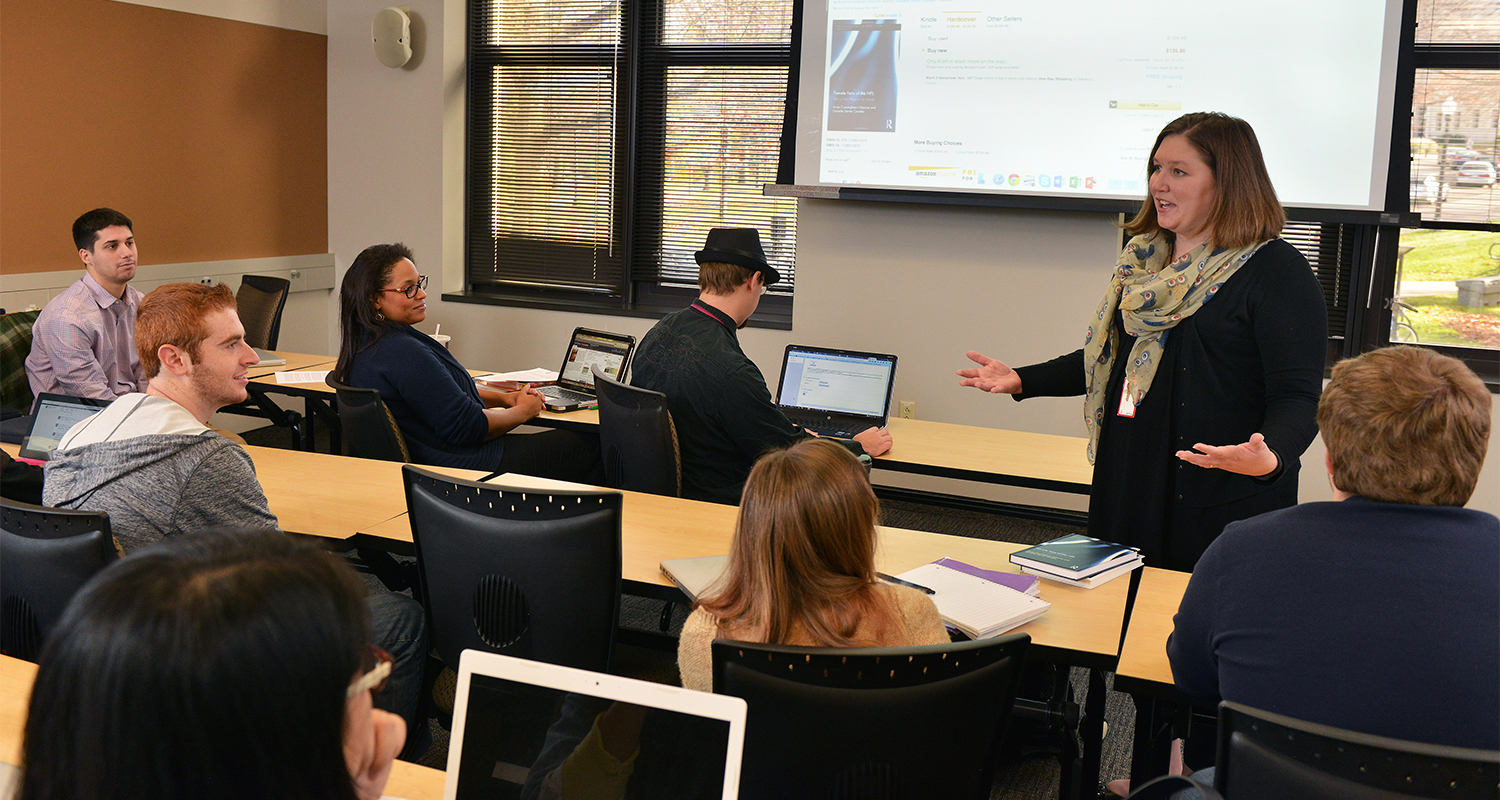 Danielle Sarver Coombs is an associate professor in the School of Journalism and Mass Communication at the College of Communication and Information. Her research focuses on sports, politics and the politics of sport.

Coombs’ sports-related research has focused primarily on the two forms of football: the American National Football League and Britain’s Premier League Football (soccer). Most recently, Coombs partnered with Anne Cunningham Osborne of Syracuse University to publish Female Fans of the NFL: Taking Their Place in the Stands (Routledge, 2016). Coombs’ expertise in this area has led to media and public appearances across the United States and the United Kingdom, ranging from Texas public radio to the BBC.

Prior to joining Kent State, Coombs headed her own research and consumer insights company. She also conducted research in consumer packaged goods, media and fashion for Insight Research Group in New York City, and was director of Election Research for Edison Media Research, the firm hired to rebuild exit polling for the 2004 national primaries.