U.S. Rep. Tim Ryan has announced $3,723,765 in federal research grants from the U.S. Department of Health and Human Services and the National Science Foundation to be awarded to Kent State University. 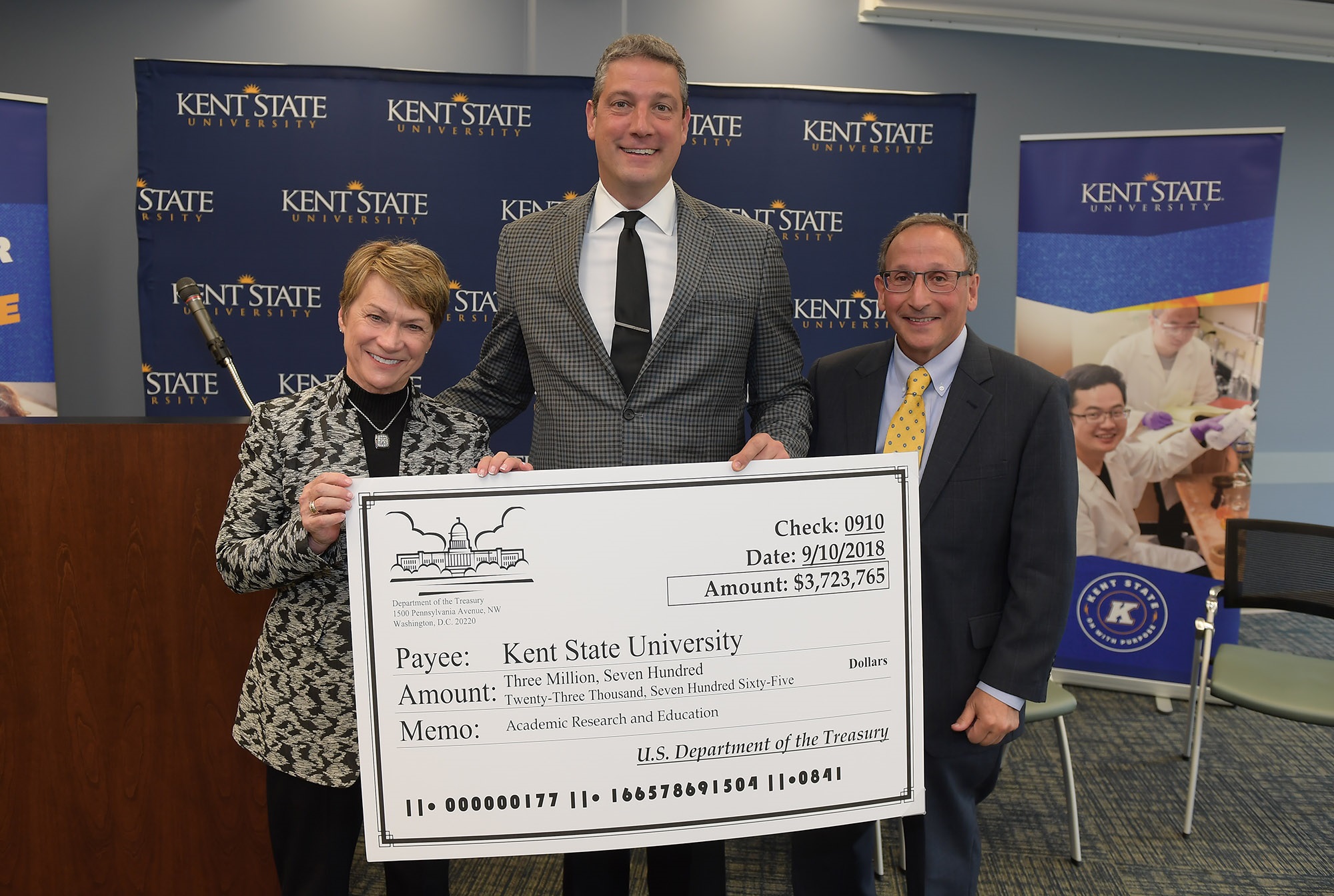 “Kent State University has been at the forefront of academic research and education,” U.S. Rep. Ryan said. “It’s important we continue to invest in research to further push the boundaries of science and discovery. Our nation benefits greatly when our academic institutions, researchers, and students are given the resources to pursue these innovative projects. This is why I continue to support and advocate for these types of federal research grants. These are well-deserved and only further highlight Kent State’s outstanding academic record.”

“I cannot overstate how pleased we are that our faculty have been so successful in winning such substantial federal funding awards during these highly competitive times,” said Paul DiCorleto, Ph.D., Kent State’s vice president for research and sponsored programs. “Not only do these grants show impressive progress toward the university’s goal of increasing its national profile in research and innovation, but the range of projects really highlights the diversity of Kent State’s research strengths.”

Kent State has received the following six federal grant awards through the U.S. Department of Health and Human Services: