Every college basketball player remembers the first basket they scored in a real game. 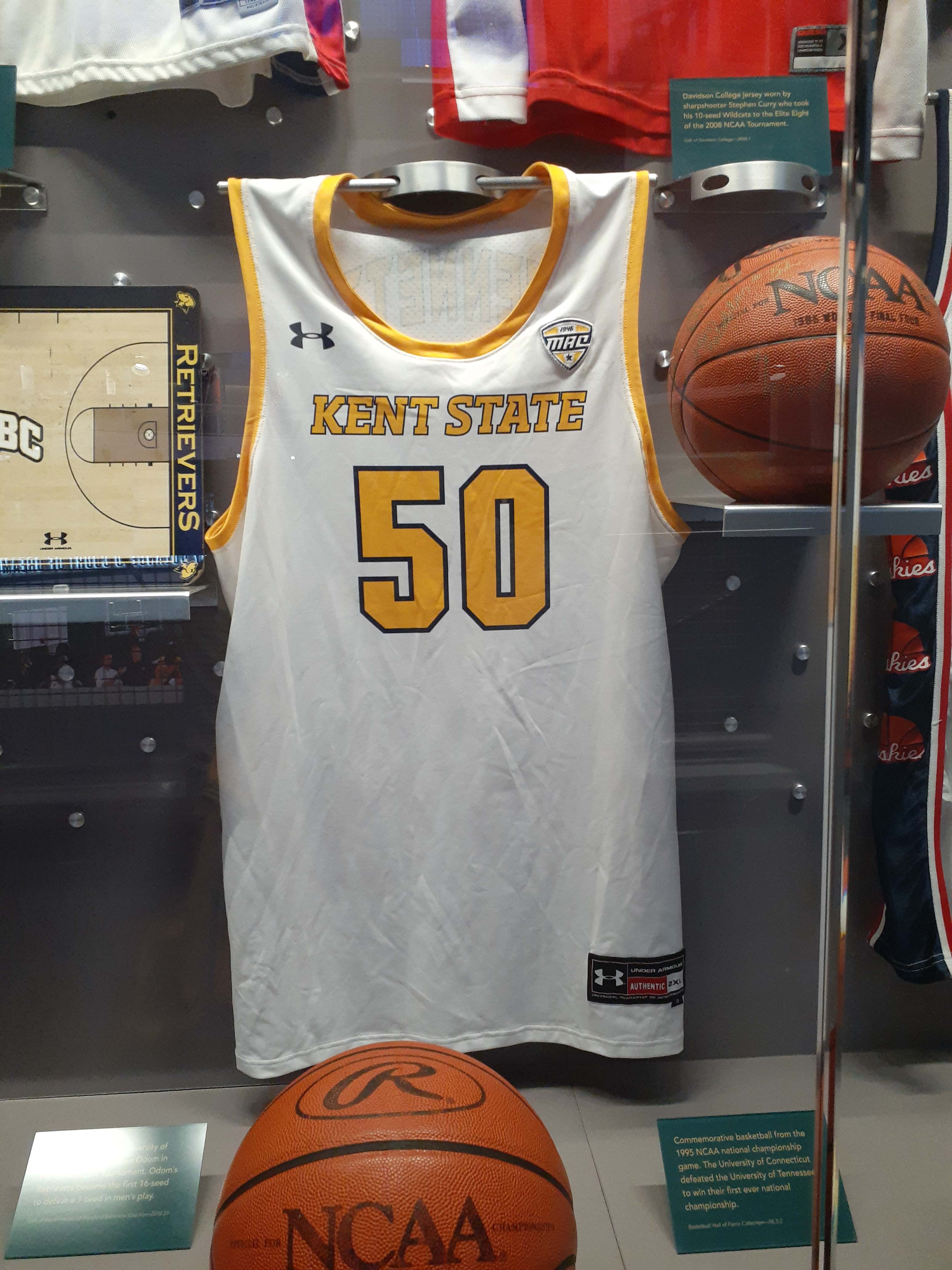 That’s also true for Kalin Bennett, but his first points came with an entire nation cheering him on.

Now the Under Armour size XXL jersey Bennett wore that night in a 97-58 win over Hiram is displayed at the Naismith Memorial Basketball Hall of Fame in Springfield, Massachusetts.

His jersey now hangs in the “Underdogs” section of the hall alongside other memorabilia from the basketball world.

“Thank you to the Basketball Hall of Fame for hanging my jersey up with the legends who have played this game before me,” Bennett said. “I’m so honored to even be able to say I’m in the Hall of Fame! God has been good to me and my family. Thank you to Flash Nation for the love and support.”

On Nov. 6, 2019, the Golden Flashes freshman center was fouled while making a left-handed hook shot setting off a celebration both in the Memorial Athletic and Convocation (MAC) Center and across the country. Bennett is believed to be the first true freshman diagnosed with autism to sign a national letter of intent in Division I men’s basketball.

Bennett finished with two points, two rebounds and one block. He scored his first collegiate points with less than three minutes left to play, leading to media coverage across the country and special recognition from ESPN in its Top 10 Plays of the Year.

“I am very happy that my staff, our basketball program and Kent State University could be a part of this accomplishment by Kalin,” said head coach Rob Senderoff.

The hall reopened July 8 following a four-month closure due to the spread of COVID-19.

Bennett’s jersey is displayed next to a coach’s clipboard from the University of Maryland, Baltimore County’s 2018 underdog upset of Virginia, which marked the only time a team seeded No. 16 had defeated a No. 1 seed in the NCAA Men’s Basketball Tournament. The 20-point win by the Retrievers is considered one of the greatest upsets in college sports history.

Photos courtesy of the Naismith Memorial Basketball Hall of Fame