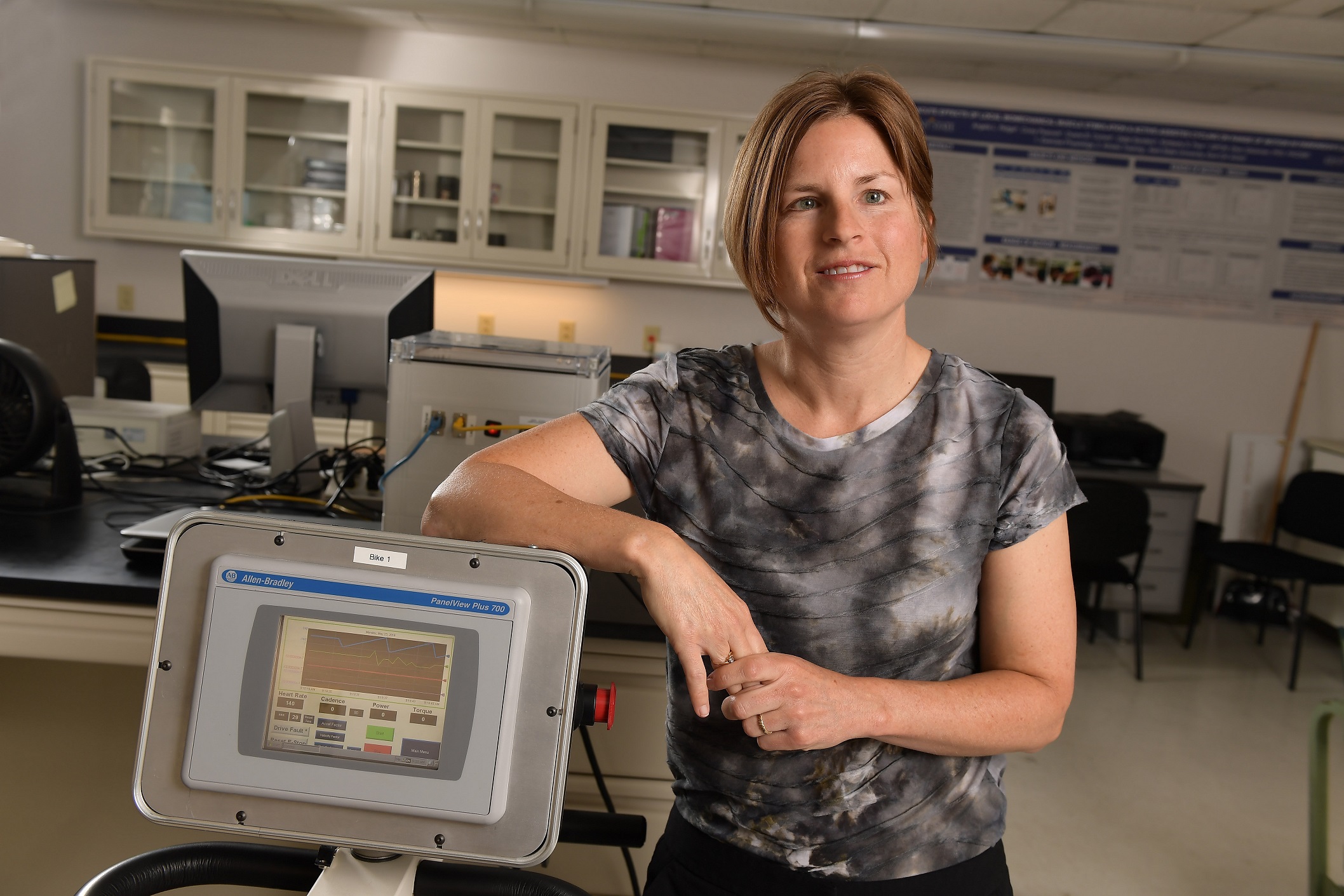 “She told him that when she rides on a tandem with him, she doesn’t feel like she has Parkinson’s,” Ridgel said.

Ridgel said that is because cyclists try to maintain a high pedal cadence, and in tandem riding, one cyclist drives the cadence for the other one.

Ridgel said speed made the difference.

“We’re retraining the nervous system to work faster and more efficiently,” she said.

Working with Alberts, while she was still a postdoctoral research fellow at Cleveland Clinic, they brought in Parkinson’s patients to train on a tandem bike three times a week for eight weeks.

“The trainer does most of the work,” she said. “The patients only put in about 25 percent of the effort and didn’t perceive it as strenuous.”

When she came to Kent State, Ridgel said, “I wanted to design a motorized bike that could do this.”

A 2012 National Institutes of Health grant gave Ridgel the green light to continue the work and test her model, with the help of Case Western Reserve University and Rockwell Automation, which provided the motor system and technology.

“It dynamically alters the set speed to create the variation in cadence, like you’d have on an actual tandem bike ride, that is necessary to yield improvement results, which is really unique,” Ridgel said. “Nobody else has done that.”

Ridgel said the patients using the dynamic cadence model averaged about 78.6 revolutions per minute (rpm) versus the static 66 rpm. Even though they were going at a higher cadence, the dynamic group’s power rating averaged only about 8.2 compared to the 31.2 of the static group, and their heart rates hovered around 91 beats per minute (bpm) versus the 103 bpm of the static patients. Dynamic group patients even felt like they were exerting less effort despite the higher cadence — rating it from 1-20, patients cycling at the dynamic cadence rated exertion on average at 12.7, compared to 13.6 among static (lower) cadence patients.

Ridgel said the grant has run out, but the numbers clearly show that the research should continue.

While the treatment is not “one-size-fits-all,” she said that with further research, trainers could determine and even predict what exercise regimen an individual patient would need.

She said the results from the Parkinson’s study have major implications for possible treatment among patients suffering from other ailments, like stroke or multiple sclerosis.

“We’re retraining the nervous system to work more efficiently, so we can use that paradigm to work on any neurological condition,” she said. “We have the data. We just need the money.”