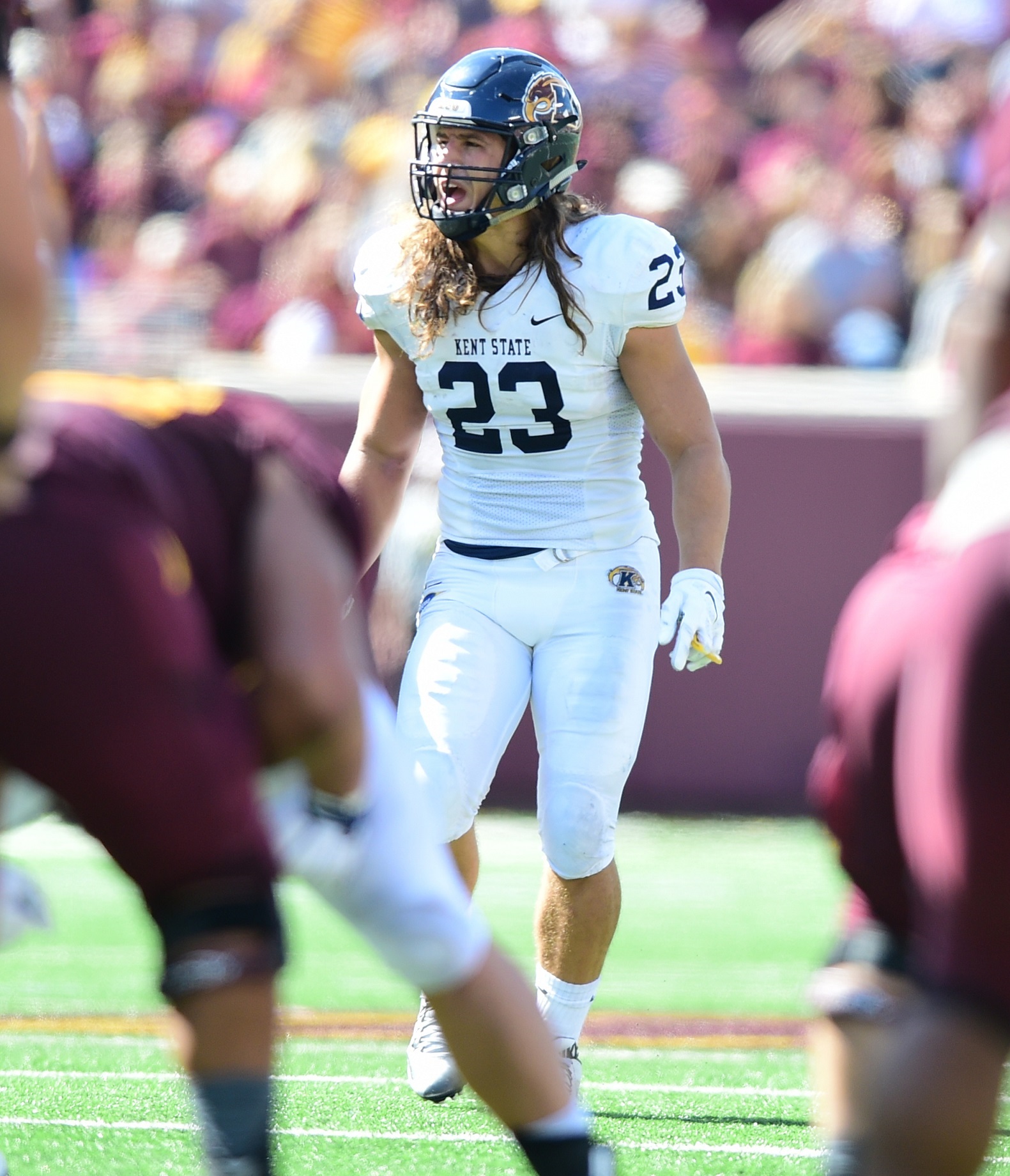 Kent State University football player Jordan Italiano, a senior safety from Canfield, Ohio, has been selected as a 2015 National Football Foundation National Scholar-Athlete and finalist for the William V. Campbell Trophy presented by Fidelity Investments. Italiano is the first Kent State player to earn the honor.

Twelve finalists, including nine Football Bowl Subdivision (FBS) players were chosen among a pool of 135 candidates. Each player receives an $18,000 postgraduate scholarship and will attend the 58th National Football Foundation Annual Awards Dinner in New York City, alongside the 2015 College Football Hall of Fame Class on Dec. 8.

“Jordan is a team leader on and off the field,” said Kent State head coach Paul Haynes. “In all my years of football, I’ve never seen anyone dedicate themselves to their studies and to the game quite like he has.”

On Wednesday, Italiano was named Mid-American Conference (MAC) Male Scholar-Athlete of the Week after making a season-high 11 tackles against Bowling Green State University.

The three-year starter is also on the Wuerffel Trophy Watch List and a nominee for the 2015 All-State American Football Coaches Association Good Works Team.

“We are extremely proud to announce this year’s finalists for the Campbell Trophy, who make up the National Scholar-Athlete Class,” said National Football Foundation President and CEO Steve Hatchell. “These young men have an unrelenting commitment to excellence in all aspects of their lives, and they represent all that is right in college football. They serve as living examples of our mission of Building Leaders Through Football, and we are excited to be able to honor their hard work and accomplishments with postgraduate scholarships.”

For more information about the National Football Foundation, visit www.footballfoundation.org.