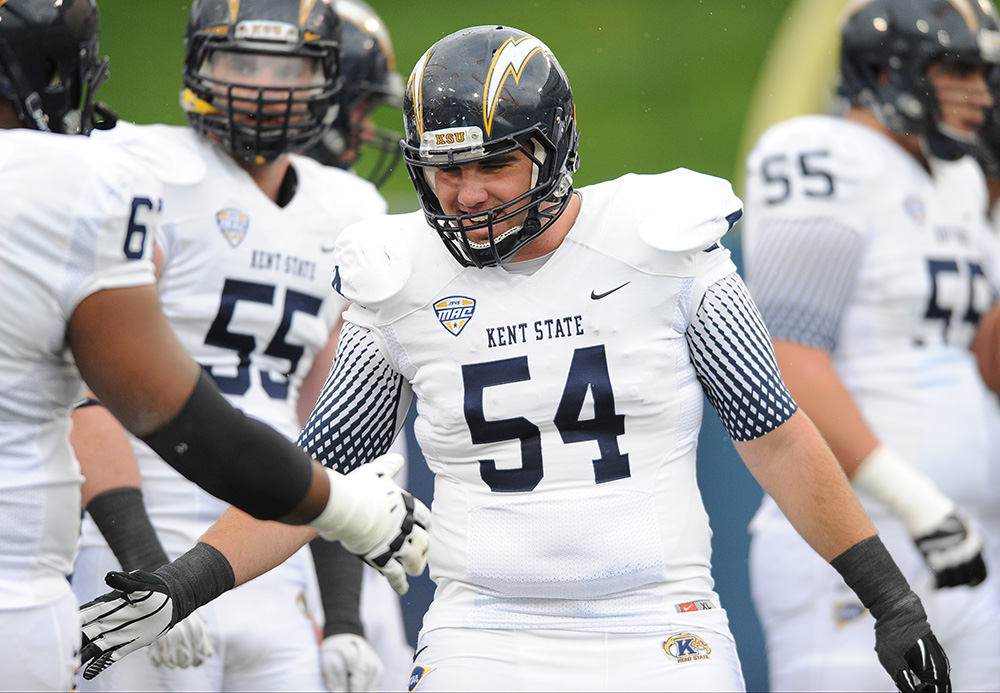 Bitsko was found unresponsive in the bedroom of his off-campus apartment shortly before 9 a.m. Police believe he passed away from an undetermined medical issue.

Bitsko, 21, was set to begin his fourth year on the team and would have been the starting center for this coming season. He started all 12 games in 2013 and was recently selected to the Phil Steele’s Preseason All-MAC Third Team. Bitsko graduated from Wayne High School in Huber Heights, Ohio, and was studying Marketing.

“Kent State University and the entire Kent community mourns his passing,” said Joel Nielsen, Kent State’s director of athletics. “We are heartbroken by the news of Jason’s death. Our thoughts and prayers go out to his family, friends, teammates and everyone whose lives he touched.”

“Our players, coaches and everyone involved with our team are hurting because he was family,” said Kent State head football coach Paul Haynes. “As a team, we will come together and get through this one day at a time.”

Calls were placed to Bitsko’s roommate after he failed to show up for morning practice. The roommate called 911 after finding Bitsko in his bed. Brimfield Police arrived on the scene within three minutes of the call.

Bitsko received the Gerald and Victoria Read Award during the annual Spring Game in April for exemplifying hard work and dedication beyond the call of duty.

Members of the football team were told of Bitsko’s passing during the end of the morning practice. All remaining football activities on Wednesday have been canceled.

The team asks that media members respect the privacy of the players, coaches and athletics staff during this time of mourning. Those paying tribute via social media are asked to use #KSUJason54.